Now Even China's Unicorns Are Having Trouble Raising Cash 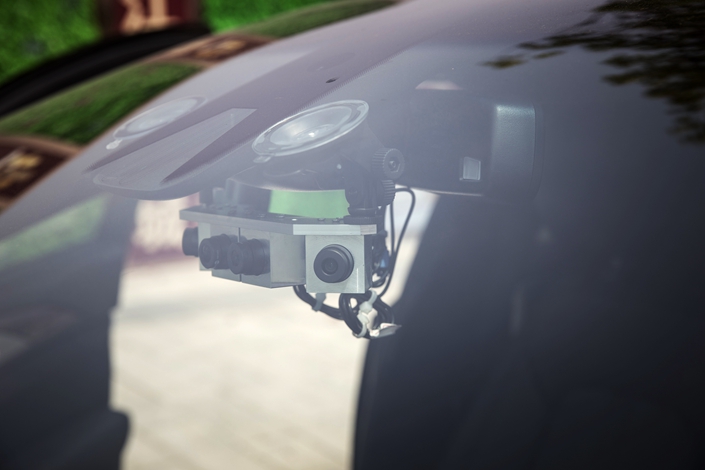 (Bloomberg) — You know it’s bad when even China’s hottest startups are having trouble raising capital.

A trio of technology innovators have postponed or pulled back on fundraising this year after venture capital pools dried up — the latest sign the country’s remarkable tech startup boom is beginning to peter out.

SoftBank Group Corp.-backed Full Truck Alliance nixed plans to raise as much as $1 billion and is now focusing on its bottom line. SenseTime Group Ltd., the world’s highest-valued artificial intelligence startup, says it’s now on a “non-deal roadshow” with no funding targets, months after it’s said to have held talks to raise roughly $2 billion. And Royole Corp., first in the world to sell a flexible portable device, still needs anchor investors for a private round targeting about $1 billion that it began contemplating months ago, people familiar with the matter said.

China’s tech industry has flourished over the past decade, driving one of the fastest and largest creations of wealth the world has ever seen. That boom has birthed global leaders from Alibaba Group Holding Ltd. and Tencent Holdings Ltd. to ByteDance Inc. and attracted billions from the likes of SoftBank on a scale at times surpassing the U.S.

That all changed in 2019 after Washington-imposed trade curbs soured investors on the world’s No. 2 economy, suppressing deal flow. The euphoria that created more than 100 unicorns, or billion-dollar firms, is waning: just seven Chinese unicorns have been born as of June, versus 30 in all of 2018. On the global stage, The We Co.’s calamitous float preparations and market reception have further fanned investor caution.

“The speculative investment mentality that’s dominated China for the past few years has cooled right off this year,” said Michael Norris, a Shanghai-based research and strategy analyst at consultancy AgencyChina. “SoftBank’s grandiose investments offered a sense of validation to the companies, but this year the Ubers and WeWorks of the world have shown SoftBank might not have the innate ability to pick winners.”

Connie Liu, a spokeswoman for Royole, declined to comment.

No one’s yet predicting a dot-com bubble-style bust — some of the more aggressive internet players like ByteDance rival Beijing Kuaishou Technology Co. remain on the hunt for capital with hefty price tags. And others, such as Alibaba-backed Megvii, remain confident they can show investors enough to get them to buy in on an initial public offering (IPO).

It is clear, however, that the go-go era is winding down. Investors who just two years ago helped fuel some of the biggest cash-burning battles — in ride-hailing, for instance — are now demanding their portfolio companies demonstrate they can establish profitable models and strategies.

The fundraising frenzy of yesteryear — often culminating in investment led by the goliath SoftBank Vision Fund — is subsiding. Startups in greater China have raised $32.5 billion via venture capital deals so far in 2019, versus 2018’s $111.8 billion, according to consultancy Preqin. As of mid-September, Chinese venture capital houses had raised $9.9 billion, only about a third of 2018’s $25 billion, the research house added.

Many young companies are finding it hard to secure backers willing to swallow the kind of premium valuations they crave. Beyond WeWork’s well-publicized setbacks, investors are also getting skittish after watching once-celebrated Asian startups including Mogu Inc. go public at valuations below previous funding efforts.

Some startups trying to avoid that calamity are resorting to alternative financing. Starbucks Corp. competitor Luckin Coffee Inc.’s shareholders pledged a certain amount of its stock to secure borrowing, according to its exchange filings. Luckin declined to comment in an emailed statement. Tesla Inc. wannabe NIO Inc. issued convertible notes to its own founder and chief executive. Companies that pledge shares for cash can only typically get 20 cents on the dollar, according to a person who has helped startups access liquidity through such means. Once freely cash-burning firms are dialing it back.

But it’s the recent travails of sector-dominant startups with marquee backers that may prove most alarming to would-be Chinese tech investors.

Full Truck Alliance, the country’s largest Uber-for-trucks platform, backed by SoftBank, was considering raising about $1 billion at a pre-money valuation of about $9 billion, people familiar with the matter said in October. The round, which was supposed to have closed by the end of the year, never went through as older investors refused to dilute their shares at a valuation of less than $10 billion, one of the people said. The company has since broken even as of May.

SenseTime CEO Xu Li told Bloomberg the AI firm is hosting roadshows from time to time to help investors understand its business better — with no intention of filling its coffers.

”If we want to do an IPO, we must have a very clear business model,” Xu said.