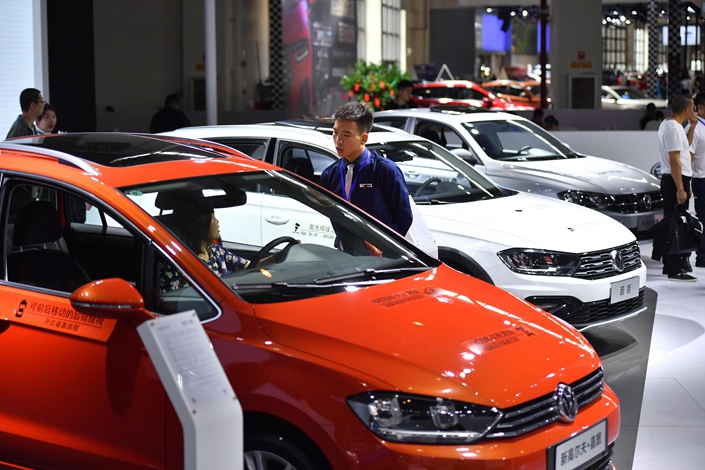 Slowing demand for cars is putting pressure on China’s auto dealerships, with nearly half reporting losses in the first six months of this year, according to a new industry report.

The study from Shanghai-based online auto services platform Lechebang, which surveyed 2,493 dealerships in 320 cities and comprised dozens of car brands, found that 44% made a loss during the period from January to June. Only 29% turned a profit, while 27% said they broke even.

The downturn has left many dealers lacking confidence in their future business prospects, said Lin Jinwen, the founder of Lechebang.

China’s overall auto sales dropped 9.9% year-on-year to 1.59 million units in August, the 14th consecutive month of decline in the world’s largest car market, according to data from the China Association of Automobile Manufacturers.

Domestic brands, such as Beijing Automotive Group Co. Ltd. (BAIC Group), Chang'an Group Co. Ltd. and Dongfeng Motor Corp., were particularly hard hit, with 59% of dealers of homegrown brands losing money in the first half this year, the report said.

The weak sales have also bloated auto dealer inventories. According to the China Automobile Dealers Association, domestic brands had on average a 57 day supply of unsold vehicles. The lobby group said a more reasonable level would be between 25 to 37 days.

China’s car dealers have faced headwinds from policymakers. A strong emissions standards for new vehicles took effect in July as part of Beijing’s efforts to clean up air pollution, but this saw millions of vehicles that did not comply go unsold. This prompted many car dealers to sell their inventories at clearance prices, hurting their bottom line.

The car sales slowdown is expected to continue for the rest of this year, following a recent spike in purchases as many customers rushed to buy cheaper cars — echoing the situation in Europe last year, said Lin.