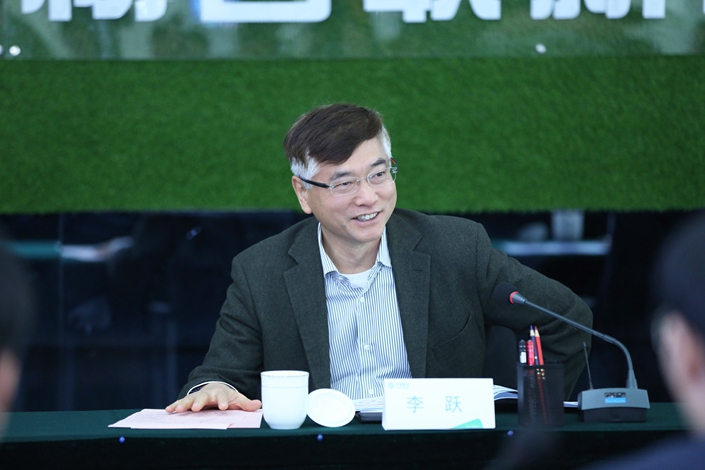 Li Yue, the executive director and CEO of China’s largest mobile carrier China Mobile, has retired at the age of 60. Li announced his retirement in an internal letter seen by Caixin.

A graduate of Beijing University of Posts and Telecommunications, Li started his career at a government department in Tianjin — the city’s Postal Administration — and rose up the ranks from there.

He took the helm of China Mobile in 2010, after spending a long and varied career at the company taking charge of interests ranging from infrastructure, to sales and marketing, to data management.

During his tenure as executive director, Li played a major role in pushing for market-oriented reform at the state-owned company. He also played a leading role in establishing the most extensive fourth-generation mobile network (4G) among the three big state-owned carriers.

China Mobile, which is also gearing up to roll out its fifth-generation network (5G), is the undisputed leader in 4G with a total of 200, 000 base stations built across the country.

In the internal letter, Li lauded the role China Mobile has played in building China’s mobile infrastructure from the first-generation network (1G) to 5G. “Over the past 20 years, we built (our) business and built the infrastructure that laid the foundation for Chinese internet companies to succeed,” he said.

China Mobile is currently the world’s largest carrier with 941 million subscribers as of August.

The group’s main businesses are operated by Hong Kong-listed China Mobile Ltd. As of June, the company reported total assets worth at 1.65 trillion yuan ($231 billion). For the six months ending June, China Mobile’s net profit dropped 15% to 56 billion yuan on revenue of 389 billion yuan, according to the company’s earnings’ report.