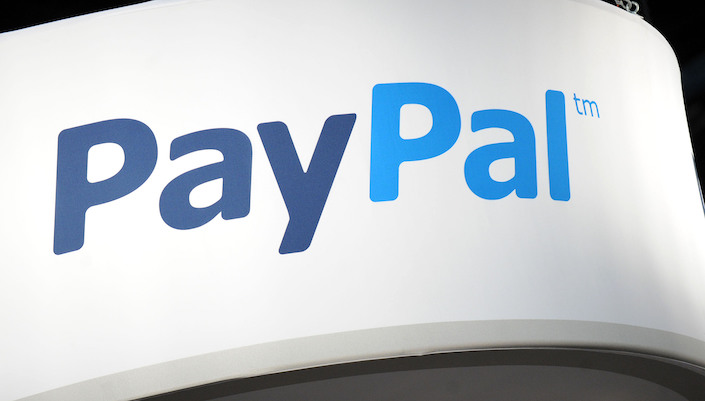 American payment giant PayPal Holdings became the first foreign company to obtain a digital payment license in China. It did so by acquiring a majority stake in a Chinese payment provider.

Beijing-based Gopay Information Technology Co. said China’s central bank approved the acquisition of a 70% stake in the company by PayPal’s wholly owned unit in China. The companies did not disclose terms of the deal.

Even through PayPal has been synonymous with online payments in the West, it is a latecomer to China’s trillion-dollar mobile payment market, which is dominated by two domestic giants, Tencent Holdings’ WeChat Pay and Alibaba Group’s AliPay.

As Alipay and WeChat Pay control more than 90% of China’s digital payment market, industry participants said they expect the main opportunities for PayPal will be in cross-border payments.

Cross-border payment services are in high demand as Chinese shoppers’ appetite for overseas retailers grows. China’s cross-border business-to-business e-commerce transaction volume is expected to reach $1.24 trillion by 2020, making up more than half of global transactions, data from the global consulting firm Accenture shows.

PayPal set up its Shanghai unit in 2015 without a payment license. It mainly provided management and maintenance of business management systems and business data analysis until it later partnered with Chinese companies to provide cross-border payment services.

In 2017, PayPal announced a partnership with Chinese search giant Baidu, allowing Chinese shoppers to use their Baidu wallets to make payments to the 17 million merchants that are part of PayPal’s global network.

Some of the collaborations didn’t go well. PayPal partnered with Lianlian Pay, a Hangzhou-based payment company, to allow PayPal users to transfer renminbi to their Chinese bank accounts. But the two companies said they would stop renminbi transactions as of July 1, 2018, based on “future development direction of both parties.” Caixin learned that the halt of the partnership was because PayPal was involved and operating without a license.

Since 2016, the State Council, China’s cabinet, has stepped up scrutiny of the fintech industry as part of a crackdown on rampant online and telecom fraud through third-party payments. The regulators have since banned many payment providers without licenses.

With the Gopay acquisition, PayPal has obtained licenses for online, mobile and cross-border yuan payment services, according to a statement on the Chinese company’s website.

PayPal is not the only foreign player seeking to tap into China’s rapidly growing payment market. London-based international payment service provider WorldFirst applied in 2018 for a payment business license in China before it was acquired by Ant Financial Services Group, an affiliate of Alibaba Group, in February.