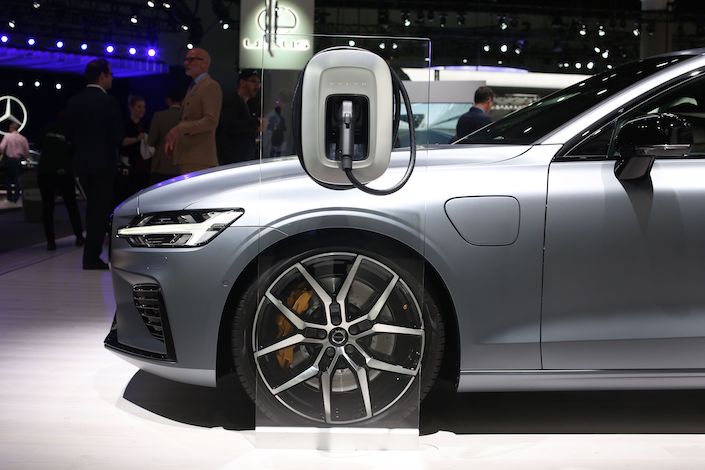 (Bloomberg) — Volvo Cars and Chinese parent company Geely plan to merge their internal combustion engine operations into a stand-alone company, a step the Swedish automaker says will cut costs as it shifts to a fully electrified lineup.

The combined venture would supply 2 million diesel and gasoline-powered engines, compared with the 600,000 Volvo produces today, giving the two companies more scale to reduce materials costs. It could also supply other car manufacturers, though none have expressed interest yet, Volvo Chief Executive Officer Hakan Samuelsson said.

Global automakers are walking a financial tightrope as they spend billions to develop electric vehicles, which IHS Markit forecasts will grow from 2% of new-car production to 12% by 2030. At the same time, slowing sales, trade wars and tightening emissions regulations in China and Europe are pinching profits.

Forming a stand-alone supplier will free up Volvo to focus on electric powertrains and platforms in-house without starving its internal combustion engine business of resources, Samuelsson said.

“It’s not like the combustion engine is going to be a growing business,” he said in a phone interview. “The right thing to do is to consolidate and seek synergies. And the earlier you do that, the stronger you will be.”

Samuelsson said he hopes to bring the planned merger before Volvo’s board for approval next year.

Volvo said no jobs will be eliminated in forming the new supplier, which will employ about 3,000 Volvo workers and 5,000 from Geely, including people in engineering, procurement, manufacturing, information technology and finance.

Volvo wants half of its global sales fully electric by 2025 and for the remainder to run on engines for gas-electric hybrids supplied by the new unit formed with Geely. The carmaker sold more than 355,000 vehicles globally in the first half of 2019, a 2.5% gain over last year. It will start production next year of the brand’s first fully electric car, a battery-powered version of its XC40 compact crossover.

Samuelsson embarked on 2 billion kronor ($200 million) of cost cuts in July after reporting that operating profit fell 30% in the first half. Geely’s profit plunged 40% in the first half, dragged down by the first slump in Chinese auto sales in a decade.

Some forecasters see electrification taking off faster than IHS, with BloombergNEF analysts projecting that battery-only and plug-in hybrid vehicles will reach 30% of sales by 2030.

“You cannot be world champion on everything, so we don’t want to risk losing out on electrification,” Samuelsson said.