By Bao Zhiming and Mo Yelin 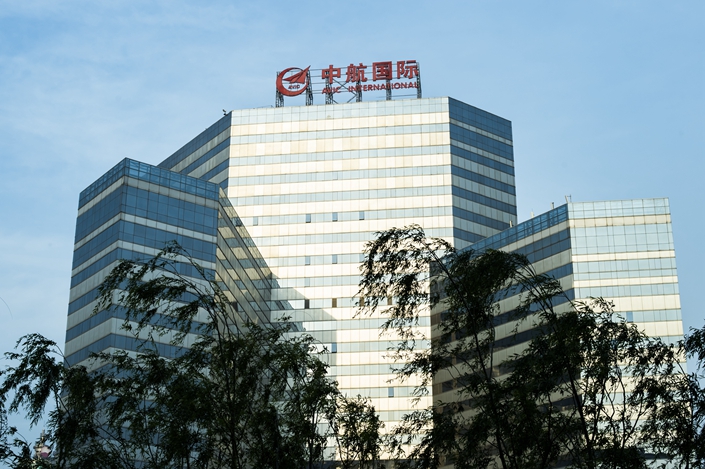 AVIC International Holdings Ltd. announced last week it had reached a deal worth roughly HK$3 billion ($382 million) with aviation-to-real estate conglomerate AVIC which had offered to buy all public shares the latter didn’t own.

The purchase price of HK$9 per share represented about a 30% premium of the company’s trading price.

Caixin has learned that AVIC will secure funding of HK$3.1 billion for the deal from state-owned Industrial and Commercial Bank of China (Asia). After completion, AVIC International Holdings Ltd. will be delisted from the Hong Kong Stock Exchange.

On Monday, four Shenzhen-listed Chinese companies, all of which AVIC International Holdings Ltd. has a controlling stake, said their largest shareholder would now become AVIC.

AVIC International Holdings Ltd., whose businesses involved selling electronic products such as display panels, was founded as an investment arm of AVIC, a Chinese state-owned aerospace and defense conglomerate.

Founded in 1983, AVIC has operations in more than 60 countries and regions and nine subsidiaries currently listed in mainland or overseas bourses.

An analyst from brokerage firm BOC International told Caixin the parent company had realized that AVIC International Holdings Ltd. had lost its capability to raise money because its stock price had remained sluggish for a long time. The analyst said that by delisting it the parent would save the costs of managing the subsidiary as a public company.