Mainland Visitors to Hong Kong Fall to Lowest in 9 Years 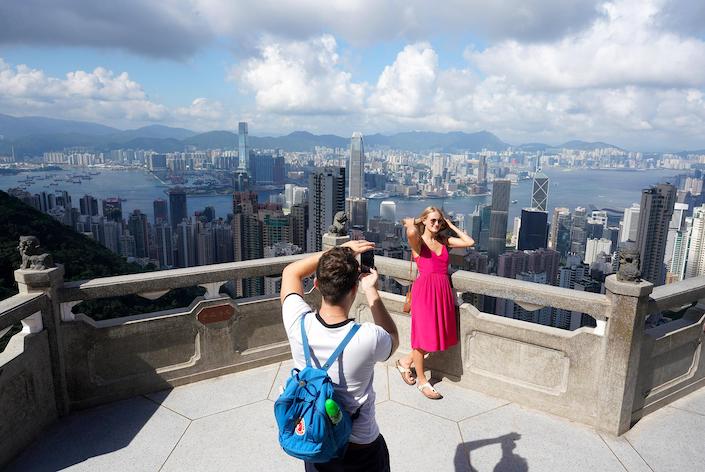 China’s national holiday break in the first week of October is usually one of the busiest periods for Hong Kong tourism. But not this year.

Visitors were scared away by growing violence in the four months of mass protests in the city. Tourist arrivals in Hong Kong declined by more than 30% during this year’s Golden Week holiday, among which mainland visitors plunged by more than half to the lowest level since 2010, data from the Immigration Department shows.

The slump has hurt the retail and hospitality sectors and weighted on unemployment.

What started as peaceful mass protests in early June against a controversial but now-withdrawn extradition bill has escalated to street violence and a broader anti-government movement. More than 30 countries and regions, including the Chinese mainland, Japan and the U.S., have issued warnings about travel to Hong Kong.

During the first seven days of October, tourist arrivals in Hong Kong fell to 2.345 million. Less than one-third of them – about 672,000 – were from the mainland. That compared with 1.52 million mainland visitors during the same period in 2018, when tourists from mainland China account for 44.2% of the total.

The bleak Golden Week followed a slow summer, another traditionally busy season for Hong Kong tourism. Total tourist arrivals in Hong Kong fell by 39% in August from the same month in 2018, after a 4.8% drop in July, data from the Hong Kong Tourism Board showed. Visitors from mainland China declined 42% in August and 5.5% in July.

Analysts at Bank of America Merrill Lynch said in a recent research report that they do not expect a turnaround in retail sales in the short term and are concerned about higher unemployment.

The total unemployment rate in the retail, accommodation and food services sectors reached 4.6% at the end of September, higher than in the same month last year by 0.7 of a percentage point, and above the overall local unemployment rate of 2.9%, Chan said in a blog Sept. 29.

Many workers in tourism are self-employed, Chui from the Hong Kong Tourism Association said. When there is no job in the sector, these people can look for jobs elsewhere, so there haven’t been any big layoffs, he said.