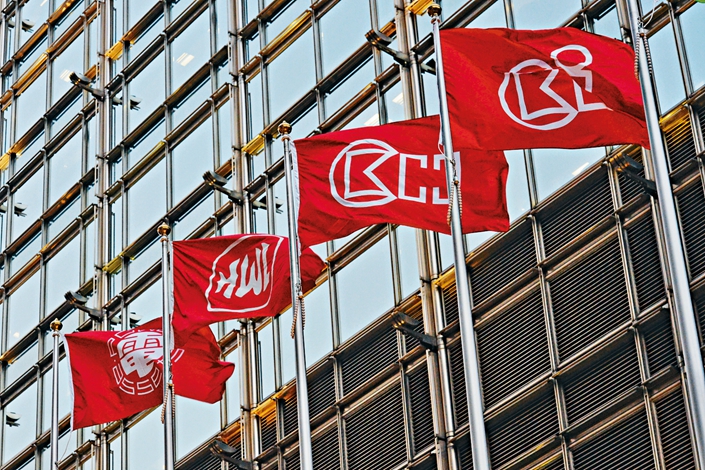 Caixin reported on Thursday that the sale values the project at over 4 billion yuan ($560 million), according to people familiar with the matter who did not want to be identified.

A CK Asset Holdings representative confirmed to Caixin in an email that it had agreed to sell the project to Sunac six months ago. The two companies signed a deal for the acquisition four months ago.

CK Asset previously owned 100% of the project, which covers 142,900 square meters (1.53 million square feet) in Dalian’s Xigang district, according to the company’s 2018 annual earnings report. The Hong Kong developer acquired the land-use rights from the city in 2011 for 1.9 billion yuan.

The Dalian real estate project was planned to include residential buildings with a floor area of 314,900 square meters, and other units including offices and retail space, according to layout plans released by the municipality’s bureau of urban planning in 2017 and 2018. But construction of the real estate units had not been completed in the eight years under CK Asset ownership.

The project’s legal representative, president and general manager were replaced by management from Sunac in late September, according to public information. The sources told Caixin that Sunac had started to build real estate units on the land.

The deal is the latest in a string of acquisitions in recent years by Sunac despite billionaire Chairman Sun Hongbin saying the debt-ridden company would focus on reducing its financial burden in coming years. In January, Sunac agreed to pay rival Oceanside Holdings 12.5 billion yuan for two parcels of land in Beijing and Shanghai.

Last year, Sunac paid 43.84 billion yuan to acquire 13 theme parks and related developments from debt-ridden conglomerate Wanda Group, and a further 6.28 billion yuan for 100% of Wanda Cultural Management to help with planning, design and construction management of the theme parks.