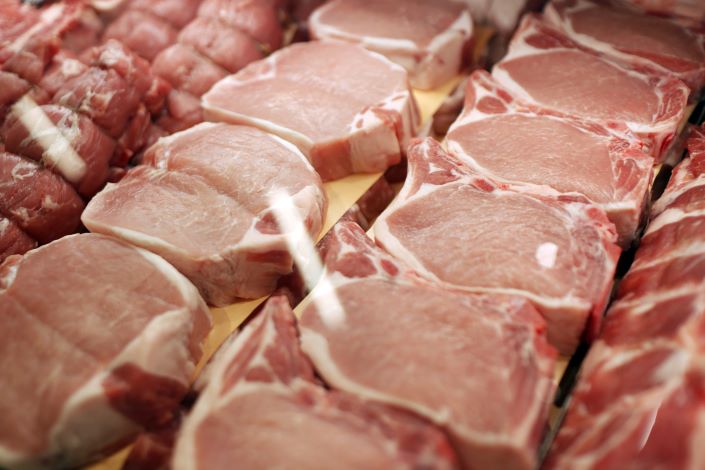 In the week ended Oct. 3, imports soared to 142,200 metric tons, U.S. Department of Agriculture data showed Thursday. For all of September, shipments were 19,900 tons.

China signaled it may import as much as 400,000 tons to stem a domestic shortfall. The swine fever outbreak killed millions of pigs. The country also appeared poised to boost purchases of agriculture products as a good-will gesture before talks between Washington and Beijing on easing trade tensions.

While pork export sales for next year may surge, the current supply of U.S. hogs remains ample. That will last for a few more weeks, said David Kruse, president of Commstock Investments in Royal, Iowa. The slaughter last week was up 7% from a year earlier, he said.

“We’ve got lots of hogs coming at this point in time,” Kruse said. “This will moderate in 2020” and exports to Asia will only get better, he said.

On the Chicago Mercantile Exchange, hog futures for December settlement dropped as much as 2.2% to 67.95 cents a pound. The price surged 8.1% in the previous two days.

Volatility in futures has surged to a record, spurred by speculation on exactly when Chinese demand would finally surface. The USDA data on Thursday showed 123,500 tons are for shipment in 2020 with the balance set for the end of this year.