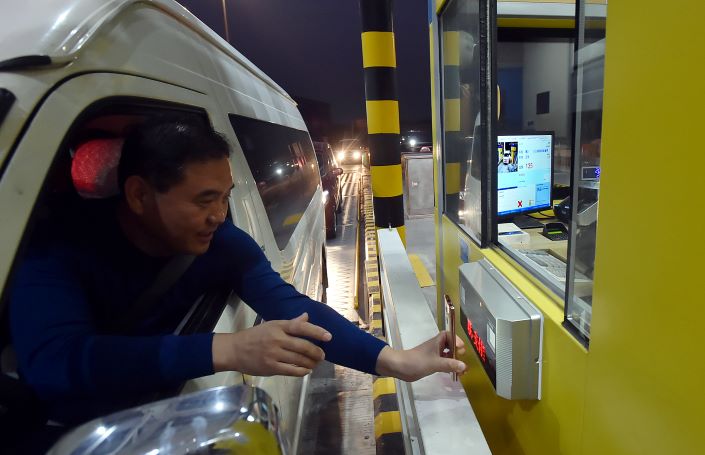 A Shenzhen company that specializes in automated toll payments has hit the jackpot, following Beijing’s launch of an aggressive campaign to eliminate the thousands of toll plazas that clutter China’s huge network of highways.

Genvict Technologies told the Shenzhen stock exchange late Sunday its profits are expected to go into overdrive with the new policy’s rollout. It said it expects its profit for the third quarter alone to jump by a factor of more than 200 as drivers and toll plaza operators rush to buy the antennae and on-board electronic tags that are two of its main products.

The latest announcement lit a fire under Genvict’s stock, which rose by the daily 10% maximum in Monday trading. The stock has been on a tear since late September, rising 25% since then.

The third-quarter profit surge is being fueled by two massive orders the company received from provincial-level buyers rushing to meet Beijing’s target to eliminate all toll plazas by the end of 2020. Those two orders alone were worth nearly 1 billion yuan ($141 million), or about 1.5 times the company’s total sales for all of last year.

Driver take-up for the technology was low before the government stepped in, with just 77 million users at the end of last year. But Beijing is aiming to get that number up to 180 million by the end of this year, and users had reportedly risen to 100 million as of August.