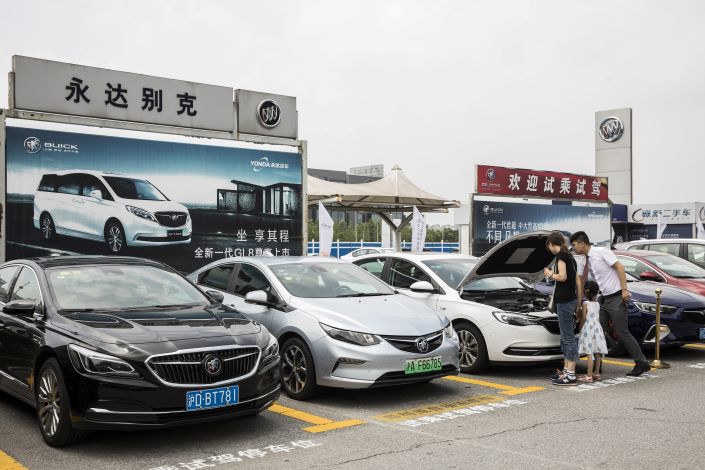 (Bloomberg) — Chinese auto sales fell in September for the 15th month in 16, extending their worst slump in a generation despite government efforts to support the world’s largest car market.

Sales of sedans, sport utility vehicles, minivans and multipurpose vehicles dropped 6.6% from a year earlier to 1.81 million units, the China Passenger Car Association said in a statement Saturday. The only increase since mid-2018 came in June, when dealers offered big discounts to clear inventory.

The market has been hurt by a slowing economy and stricter emission rules, prompting the government to urge local authorities to boost consumption. Measures included easing car purchase curbs put in place to reduce pollution and traffic jams, though there’s not been much impact yet. The China Association of Automobile Manufacturers forecasts a drop in vehicle deliveries to dealers in 2019, only the second annual decline in three decades.

General Motors Co. said Thursday that third-quarter deliveries of its vehicles in China tumbled 18% from the same period in 2018, while local manufacturer BYD Co. said its September sales fell 15% from a year earlier.

The market isn’t entirely gloomy. Honda Motor Co. said its China sales rose 4% on-year in September and Geely Automobile Holdings Ltd. reported a 12% increase from August, though the figure was still down 15% from a year earlier. Luxury brands are also seeing some growth, though many haven’t announced sales for September.