Citi to Set Up Wholly Owned Securities Business in China 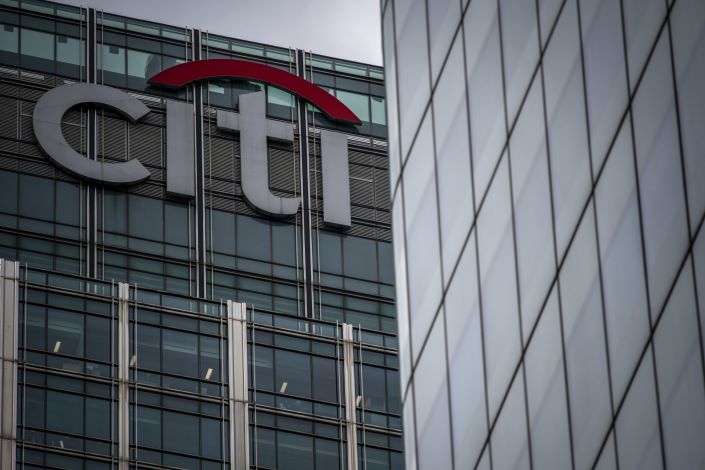 (Bloomberg) — Citigroup Inc., which is dissolving its investment-banking joint venture in China, is now planning to set up a wholly owned securities business in the world’s second-largest capital market, according to people with knowledge of the matter.

The New York-based bank may initially focus on brokerage and futures trading while expanding its custodian services in China, the people said, asking not to be identified because a final decision has yet to be made. It plans to apply for a futures license as early as the first half of 2020, according to the people.

Citigroup’s new securities operation may opt against establishing an investment-banking unit in China initially, deterred by the high costs of hiring at least 35 people on the ground under current requirements, said the people. Goldman and UBS Group AG, which are active in the space through their local joint ventures, have faced challenges. Goldman’s venture in China reported a 64% slump in investment-banking fees last year, while UBS’s mainland investment-banking revenue dropped 48%.

“Citi continues to evaluate opportunities to further support its clients in China,” the bank said in an emailed statement. A spokesman declined to give additional details.

Citigroup, which generates more than $1 billion of revenue a year from its China-based clients — a tenfold increase from a decade ago — is betting on foreign investors’ continuing appetite for mainland-listed stocks, bolstered by the stock connect program, which links China’s mainland markets and the Hong Kong stock exchange, and MSCI’s gradual inclusion of Chinese stocks in its index, with a 20% weighting set for next month.

The China Securities Regulatory Commission said in August it’s working on plans to give global investors more access to the commodity futures market to better serve the economy.

Instead of offering onshore investment-banking services, Citigroup would focus on helping local clients raise capital and make acquisitions overseas, mainly through its Hong Kong hub, said the people with knowledge of the plans.

Citigroup already has a custody business for overseas entities, and would need a separate license to offer the service to onshore investors.

Last year, Citigroup decided to exit a securities joint venture with Orient Securities Co., in which it had a 33% stake, to set up a business in which it could have majority control and push into equities and fixed-income trading — a move that would put it in direct competition with its Chinese partner.