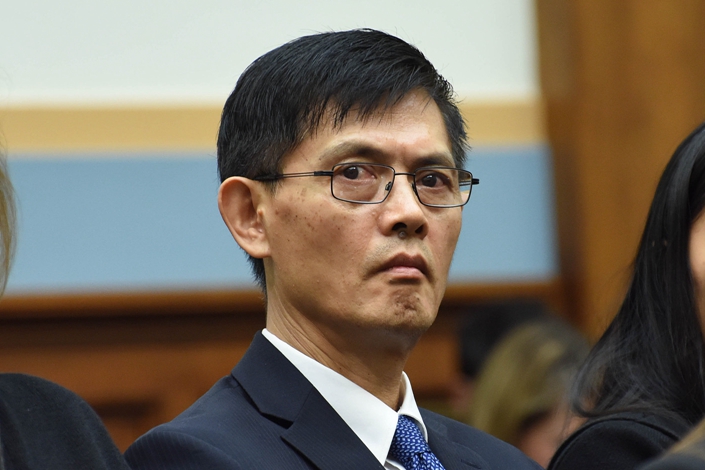 In May 2015, Xi, a professor and then chair of the physics department at Temple University in Philadelphia, was arrested by the U.S. Department of Justice on espionage charges. In an embarrassing mix-up for the justice department and the FBI, the blueprint they had accused Xi of illegally sharing with Chinese scientists was not for a pocket heater — used in superconductor research — but for a different device Xi had invented and shared as part of normal academic collaboration.

The case was dropped in September the same year. Xi is now suing the lead FBI agent involved in his case for falsifying evidence. The case caused Xi to lose his position as chair of the physics department, lose several grants, and brought his family to near financial ruin due to the high cost of legal fees.

The prestigious biennial award of $10,000 to a Chinese-American physicist comes as growing tensions between China and United States continue to hurt science and technology scholars. The U.S. has ramped up scrutiny of visas for Chinese academics due to accusations of intellectual property theft.

The award citation also noted Xi’s “efforts to clarify the nature of international scientific collaboration in cases involving allegations of scientific espionage.” Since that traumatic few months in 2015, Xi has shared his experience in efforts to raise awareness and condemn the Trump administration’s crackdown on China.

On Wednesday, Chinese Foreign Ministry spokesperson Hua Chunying accused the U.S. of “weaponizing” visas after a number of Chinese space officials did not have U.S. visas approved in time to attend an international event in Washington this week.

Since August 2018, the National Institutes of Health has teamed up with the U.S. Department of Health and Social Services and the FBI to investigate foreign influence and exploitation of the billions of dollars in grants distributed to more than 10,000 institutions in the U.S. Last November, then-Attorney General Jeff Sessions announced a “China Initiative” to combat Chinese espionage in science, technology, research, and development.

Many institutes and academics have criticized the increased scrutiny, warning that it will hinder scientific progress as well as damage the U.S.’s reputation for openness and academic freedom.

Xi’s was not the only case where a Chinese scientist in the U.S. has been accused of espionage, only to have the charges later dropped. In October 2014, a hydrologist working at the National Weather Service named Sherry Chen was arrested on charges of spying but was released the following March. All federal charges were dropped without explanation.

In other cases, charges have stuck. Naturalized Chinese-American scientist Yi-Chi Shih, an electrical engineering professor at the University of California, Los Angeles, was found guilty in June of 18 federal crimes that centered on smuggling semiconductors with military applications from the U.S. to China.

Xi has been an active participant in academic exchanges between China and the United States and has given advice and support for anxious Chinese scholars. However, according to the Los Angeles Times, at a gathering of prominent Chinese Americans in Silicon Valley at the end of Sept., Xi warned that “you don’t have to do anything wrong to be accused of Chinese spying.”