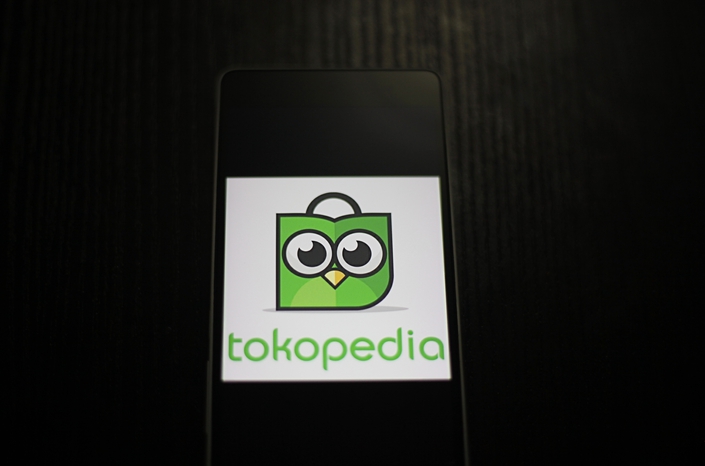 Tokopedia is one of Indonesia’s five unicorns, with a valuation of $7 billion, according to one research firm. Photo: IC Photo

But as the company celebrates its 10th anniversary this year, it’s on track to graduate to a new phase. Tokopedia is eying an initial public offering “in a few years,” President Patrick Cao said in an interview with Caixin earlier this month.

Tokopedia — which according to research firm CB Insights is one of Indonesia’s five unicorns, with a valuation of $7 billion — has generally followed the approach Alibaba has taken with its popular customer-to-customer platform Taobao, which connects merchants and buyers.

Tokopedia says it now has around 6 million vendors on its platform, who sell goods to its 90 million average monthly users.

In terms of monthly web traffic, Tokopedia gets more Indonesian visitors than any other platform, including Alibaba-owned Lazada and the Tencent-backed Singaporean platform Shopee, according to a report from product comparison website iPrice.

Numerous other overseas firms have tried to break into Indonesia’s e-commerce market, including eBay and South Korea’s 11Street, with unimpressive results.

Although these rivals have deep pockets, Cao said that their lack of local knowledge about the market’s specific needs have been their undoing, said Cao in an interview with Caixin in Jakarta earlier this month.

Speaking with Caixin in Jakarta earlier this month, Cao said part of the reason for Tokopedia’s success is its complete focus on the Indonesian market. Cao says that its global and regional peers have generally expanded across Southeast Asia, where each country has its own languages and cultures, meaning they are easily distracted.

Instead, Tokopedia is “an Indonesian company built by Indonesians for Indonesians that are just obsessed with one set of customers,” said Cao, who added that the company has no plans to expand abroad.

Cao envisions that Indonesia’s e-commerce sector will mirror China’s, where local companies have become the dominant force after beating out their overseas rivals.

“I think if you look at history, players have tried to enter China. But the local champions had a very big advantage. I think that’s playing out in a similar way to Indonesia,” Cao said.

Cao said one example that represents Tokopedia’s understanding of the local market is in logistics. Cao said Tokopedia opted to work with local ride-hailing company Gojek to fully utilize the latter’s driver capacity. That’s because Gojek’s drivers — most of whom drive motorbikes — often have a lot of downtime outside of peak hours, according to Cao.

The partnership with Gojek allowed it to expand its logistics network far more cheaply than its peers, Cao said.

Unlike Chinese peer JD.com Inc., which launched its own branded online mall and built its own logistics network in Indonesia, Alibaba has opted for an investment-driven approach.

Indeed, Alibaba has owned a piece of Tokopedia since leading a $1.1 billion funding round in August 2017. The specific amount Alibaba invested was not announced at the time and the size of its stake is not clear. Alibaba is a minority stakeholder, according to Cao.

Given its direct competition with wholly Alibaba-owned Lazada, this tie-up was a surprise to many. It was reportedly brokered by chairman and CEO of Japanese investment firm Softbank, Masayoshi Son, who is an investor in both Alibaba and Tokopedia. Tokopedia had already that year nearly closed an investment deal with China’s Tencent, which it dropped to pursue the Alibaba deal, Caixin understands.

Cao said that Tokopedia makes “very independent decisions” in terms of what partners it works with. Cao said Tokopedia finally opted for Alibaba because of the two firms’ commonalities “in terms of business model, culture and vision (between us), we ultimately found that Alibaba would be a great partner,” Cao said.

Cao said he is not worried that Alibaba could take some of the Tokopedia’s successful business practices and share them with its competitors. That’s because its investors, including Alibaba, only have minority stakes and don’t have access to the company’s operations, he said.

Regional and global players have “built regional businesses, and usually they’re not based in Indonesia. Their localization element is something that’s not … comparable (to) what we have,” Cao said.