By Liu Yukun and Wu Gang 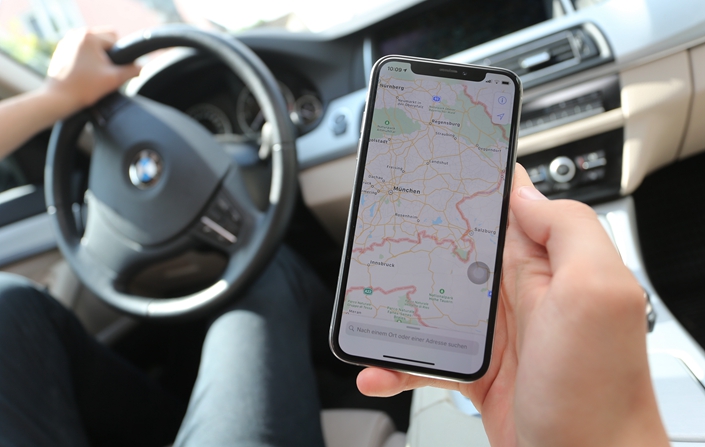 At present, most automakers in China are not allowed to collect their own map information, instead having to work with licensed mapmakers. Photo: IC Photo

China will “adjust” restrictions on high-definition mapping, as national security concerns have been limiting the development of self-driving vehicle technology, an official with the country’s mapping authority said, without giving a timeline.

However, companies in China face restrictions when it comes to collecting, transmitting, storing and using of high-definition map data as the government considers this information to be an issue of national security.

Zhang Wei, an official with the geographic information regulation department of the Ministry of Natural Resources, said that according to current regulations, publically available maps cannot indicate the height, gradient or exact curvature of a road, nor bridges’ and tunnels’ height and weight limits.

Speaking at the annual Global Future Mobility Conference held in eastern China’s Zhejiang province over the weekend, Zhang said that “these factors are exactly what automakers and automatic driving solution providers need in order to realize self-driving.”

Zhang told the conference that the ministry would work with the industry to tackle some of these issues, saying that “while holding the national security baseline for geographic information, we … encourage companies to carry out experiments and test the water carefully, and we will adjust regulations cautiously.”

At present, most automakers are not allowed to collect their own map information, instead having to work with licensed mapmakers. Currently, about 20 companies have acquired licenses to provide electronic map services, including search giant Baidu Inc., e-commerce giant Alibaba-backed AutoNavi, mapping giant NavInfo Co. Ltd. and Careland.

However because China’s roads have been changing rapidly, even licensed mapmakers have had to use user-generated information to keep up to date, according to a report by Guangzheng Hang Seng Advisory, an investment consultant jointly established by Guangzhou Securities and Hang Seng Bank. However, this kind of information also faces regulatory issues, Zhang said.

Liu Bin, a policy researcher at state-owned institution the China Automotive Technology and Research Center, said there is a lack of regulatory clarity on user-generated mapping information. “There is no clear requirement as to what data can be collected, how to safely transmit it, and what companies can conduct such practice,” Liu said at the conference on Saturday.

Many of the existing regulations concerning confidentiality of road data were established more than a decade ago, when “we hadn’t even heard the word ‘self-driving,’” Min Jianping, an official with the Zhejiang natural resources bureau, said at the conference.

Zhang said the government is researching new confidentiality requirements, and will optimize existing policies “very soon” to ensure the development of self-driving vehicles.

Autonomous driving is one of several emerging areas which China is racing to become a leader. China rolled out its first national guidelines (link in Chinese) for self-driving road tests in April, which stipulated that vehicles must be tested in nonpublic areas under the supervision of a qualified driver.