In Depth: China’s Booming $5 Billion E-Cigarette Industry at a Crossroads

By Sun Liangzi and Denise Jia 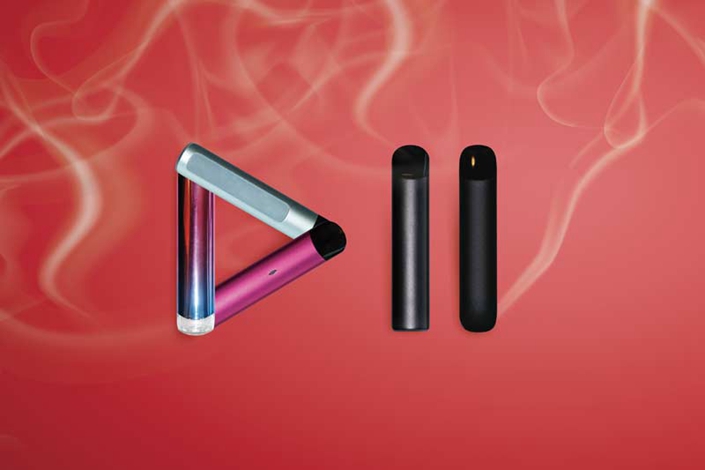 The clampdown will particularly affect Shenzhen in southern China, the home to more than 1,000 makers of e-cigarette equipment and components. Small factories around the Bao’an district produce 90% of global vaping devices and 80% of the liquids used in them. Electronics factories in the same part of town include telecom equipment giant Huawei Technologies Co. Ltd. and Apple Inc.’s largest iPhone assembler, Foxconn Technology Group.“In Shenzhen, you can buy vaping device and liquids and package them into a final product within three or four hours,” an e-cigarette brand sales representative told Caixin. Some small factories take orders as small as 1,000 units. “Even if you don’t have any experience in the industry, take the products, put on your logo, and you can sell directly on the market,” he said.

Sales of China’s e-cigarettes manufacturers surged more than 70% to 33.75 billion yuan ($4.8 billion) in 2018 from 19.7 billion yuan in 2017, data from the Electronic Cigarette Industry Committee of China Electronics Chamber of Commerce shows.

The boom has been largely driven by global demand. More than 85% of China’s sales are exports, mostly to the U.S., the biggest consumer of vaping products. The success of the U.S. e-cigarette brand Juul has not only brought a large number of orders to Shenzhen’s factories but also spurred robust investment in Chinese e-cigarette startups.

In 2017, San Francisco-based Juul Labs Inc. raised $150 million in its first round of financing before receiving a nearly $13 billion investment from Marlboro maker Altria Group Inc. later that year.Since the end of 2017, more than 30 Chinese e-cigarette brands raised 2 billion yuan from prominent global and domestic investors, including International Data Group Inc., Sequoia Capital, ZhenFund Inc., Innoangel Fund, and Wang Sicong, an entrepreneur and son of Chinese tycoon Wang Jianlin. Before the ban, some projected that China’s e-cigarette market could grow as big as or even surpass that of the U.S. in 2019, meaning a doubling of 2018 sales, an executive at an e-cigarette liquid manufacturer in Shenzhen told Caixin.

But this rosy prospect started to dim on Sept. 11, when the U.S. government, alarmed by new data showing a huge jump in vaping by young people and increasing numbers of deaths and illnesses related to vaping, announced plans to ban flavored e-cigarette products, which health officials said are particularly attractive to children.

An executive at one of Shenzhen’s 10 biggest vaping device manufacturers told Caixin that an order for 100,000 vaping devices was canceled last month.

The U.S. Food and Drug Administration (FDA) has not finalized its policy, but a number of states ― including Massachusetts, Michigan and New York ― have moved to restrict or ban sales of flavored vaping products.

Meanwhile, the number of people with vaping-related illnesses keeps increasing. As of Oct. 29, 1,888 cases of vaping use-associated lung injury were reported in the U.S. and 37 deaths were confirmed, data from the U.S. Centers for Disease Control and Prevention (CDC) shows.

The FDA and the CDC have not identified the cause of the lung injuries in these cases, and the only commonality is that patients reported using e-cigarettes. As of today, there is no consensus in the public health community on the harm of e-cigarettes to the human body. Advocates of e-cigarettes say the products, which heat a liquid that often contains nicotine into a vapor that is then inhaled through a mouthpiece, are less harmful than traditional cigarettes. The American Vaping Association, an advocacy group, blames poorly manufactured vapes containing THC, the psychoactive ingredient in cannabis, for the vast majority of illnesses. Critics say nicotine in most vapes is still very addictive, especially to young people.

China’s new rules, though targeting all online sales of e-cigarettes, also aim to curb sales to young people. “Some companies are blindly pursuing economic interests by publicizing, promoting and selling e-cigarettes on the internet, which poses a huge threat to the health of minors,” said the notice published jointly by the tobacco regulator, the State Tobacco Monopoly Administration, and the State Administration of Market Regulation, which oversees drug safety.

In China, e-cigarette vendors commonly sell their products through popular e-commerce platforms like Alibaba-owned Taobao and its rival JD.com. Sellers have previously come under fire for failing to check the ages of buyers despite a ban on e-cigarette sales to minors.

Most domestic e-cigarette brands promote their products on social media, such as Tencent’s WeChat, Sina Corp.’s Weibo and the Douyin app, the Chinese version of TikTok. Some even partner with music festivals to promote their brands.

As competition in online marketplaces intensified even before the ban, many brands started to move offline, promoting products at night clubs, convenience stores, grocery stores and restaurants.

Ultimately, like China’s recent regulation of the ride-hailing industry, the impact of the ban on the e-cigarette industry will depend on enforcement strength, an investor with knowledge of the sector told Caixin.

“Will e-cigarette brands be banned from WeChat public accounts, Weibo microblogs, and small online programs?” the investor said. “All of these still lack detailed rules.”

E-cigarette companies have been preparing for a government clampdown for some time, Guo Xiaoyu, an investor in a popular crowdsourcing-based e-cigarette testing platform, told Caixin. Some medium-sized companies have been seeking to be acquired, and some big players are considering listing overseas.

People at some private e-cigarette companies even suggested that China’s giant state tobacco monopoly, China National Tobacco Corp., which has been slow in getting into the e-cigarette business, may want to buy an established e-cigarette brand, as in the Marlboro-Juul deal.

An insider from China National Tobacco said most domestic e-cigarette makers don’t have their own patents or core competitiveness. “What is the use if we buy them?” he said.

Caixin learned that the state monopoly is also developing its own new generation of e-cigarettes.

The ban may force a large number of sellers out of the industry, but it may also spark sectorwide consolidation and increased investment in the biggest e-cigarette companies, Guo predicted.

In addition, the new rules may foreshadow stronger government taxes on e-cigarettes, an industry insider told Caixin. The tax rate for traditional cigarettes in China is about 56% of the retail price. As e-cigarettes fall outside the reach of cigarette taxes, they are currently subject only to a 13% standard value-added tax.

The U.S. also has a federal tax on vapor products, though several states have created specific vapor product excise taxes. E-cigarettes are now subject to a 92% tax in the state of Vermont.

It’s not clear how stiff a new Chinese e-cigarette tax would be, if there is one, but China has long been criticized for its far lower tobacco tax rate than international levels as the state-owned tobacco monopoly contributes an estimated 7% to 10% of government tax revenue.