By Wang Liwei and Lu Zhenhua 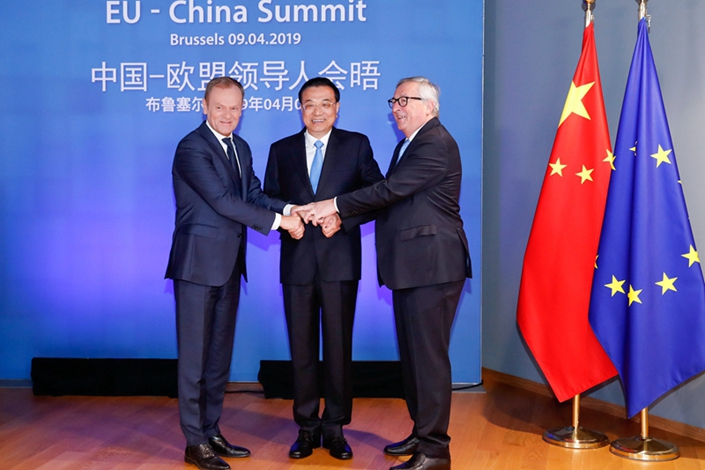 The European Union’s new trade chief Phil Hogan will prioritize the negotiation of an EU-China bilateral investment treaty during his visit to the country from Monday to Thursday, a spokesperson at the EU’s mission in China told Caixin.

This will mark the Irish politician’s first foreign trip as trade commissioner of the European Commission, the bloc’s executive branch, since taking office on Friday.

Brussels has been pushing for the long-discussed Comprehensive Agreement on Investment to be closed as soon as possible to boost bilateral investment flow. This comes at a time when foreign direct investment between China and the U.S. has diminished amid the trade war.

In April, at an EU-China summit in Brussels, the two sides agreed to make substantial progress on the treaty within the year, paving the way for concluding the negotiations by 2020.

The European Commission said in a statement issued after the conclusion of the last round of talks in late September that the next round would be expected to take place in the first half of this month.

In the September talks, the two sides made “tangible progress” on a state-to-state dispute settlement mechanism, while advancements were made on specific rules related to financial services, capital movement and national treatment-related commitments, the statement said.

German Chancellor Angela Merkel has proposed a special EU-China summit next September in the German city of Leipzig, to which all EU leaders would be invited.

André Sapir, economist and senior fellow at the Brussels-based think tank Bruegel, said that this summit could offer and exceptional opportunity to sign the bilateral investment treaty.

Sapir added that the summit would be Merkel’s last chance to significantly boost EU-China relations, as she plans to step down before the country’s 2021 general election.

Joerg Wuttke, president of the European Chamber in China, said that the summit could drive negotiators from the two sides to finally wrap up the treaty.

If no urgency is injected into the process, it could be a “long march” to concluding the talks, which have already stretched for six years, Wuttke said.

Fan Gang, vice president of the government-affiliated think tank China Society of Economic Reform, said China is looking to strengthen its relationship with other partners, including the EU, regardless of what happens with its trade war negotiations with the U.S.