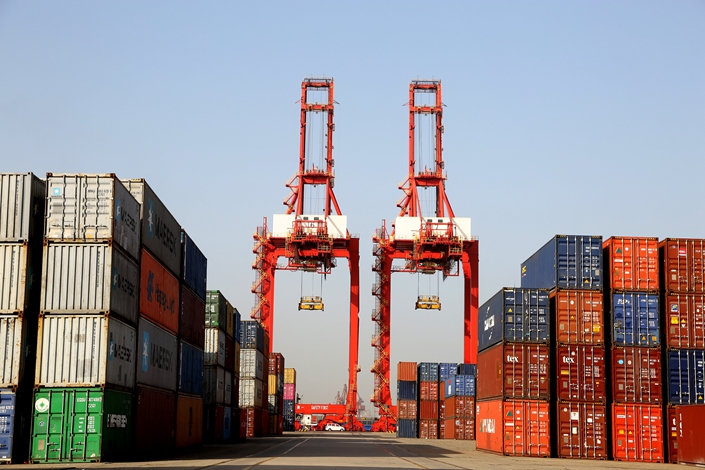 China and the U.S. have agreed to roll back tariffs on each other’s goods in phases as they work toward a deal between the two sides, a Ministry of Commerce spokesperson said.

“In the past two weeks, top negotiators had serious, constructive discussions and agreed to remove the additional tariffs in phases as progress is made on the agreement,” spokesperson Gao Feng said Thursday.

Gao emphasized that removing additional tariffs simultaneously is a key condition for reaching a phase one deal.

Gao said the two sides are still yet to work out the scope of tariffs that can be rolled back in the first phase.

If confirmed by the U.S., such an understanding could help provide a road-map to a deal de-escalating the trade war that’s cast a shadow over the world economy.

China’s key demand since the start of negotiations has been the removal of punitive tariffs imposed by U.S. President Donald Trump, which now apply to the majority of its exports to the U.S.

Stocks rallied, with Hong Kong’s Hang Seng Index climbing 0.57% at the close and major U.S. index futures, including the Dow, S&P and Nasdaq, up about 0.5% at about 6 p.m. Thursday in China. The yuan strengthened.

“The question right now is what the two sides have actually agreed on — the market’s focus has shifted to how the U.S. may react to China’s tariff remarks tonight or in coming days,” said Tommy Xie, an economist at Oversea-Chinese Banking Corp. “Investors are still cautious and the advance in the yuan is still limited. The currency could rally to 6.9 if the U.S. confirms the news on the lift of tariffs.”

The two sides continue to negotiate over where and when a phase one deal would be signed. Gao said he had no further information on the location or timing.

Trump administration officials in recent days have expressed optimism that phase one of a comprehensive trade deal might come together this month, helping boost equity markets this week.

Marcos Troyjo, Brazil’s deputy minister of the economy, told Caixin that the announcement brings greater “certainty” that a deal will be struck between the world’s two largest economies.

Due to the U.S.-China trade war, China has increased soybean imports from Brazil after it imposed tariffs on American soybean products.

Troyjo dismissed the idea of Brazil taking sides between China and the U.S. “Some people see the U.S. and Brazil as competitors when it comes to our agricultural goods, but actually the scenario presents a lot of opportunities for Brazilian firms and American firms to work towards third markets through joint venture companies,” he said.

“This is what we’re trying to do, not only perfecting our expanding trade relations with China but also recovering some lost time in economic relations with the US,” he added.