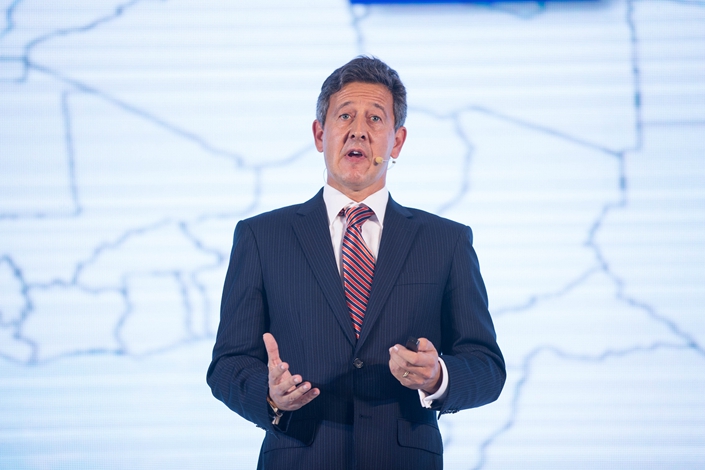 Procter & Gamble Co. (P&G) plans to ramp up investments in research and development (R&D), logistics, and its supply chain in China as it bets that the world’s second largest economy will continue to open up to foreign business — and that consumption will play a larger role in driving economic growth.

Speaking with Caixin this week in Shanghai, P&G President of Greater China Selling and Market Operations Matthew Price said the China market was one of its biggest sources of growth. Although the country accounts for just one-tenth of the firm’s global revenue, sales in China contribute more than 30% of its global sales growth, Price told Caixin.

P&G, the Cincinnati, Ohio-headquartered multinational retailer behind products such as Tide laundry detergent and Pampers diapers, entered the Chinese market in the late 1980s. Price was appointed to lead its China operation in 2015.

Price said China’s decades of economic growth have given the country some of the world’s most sophisticated consumers and P&G has adapted accordingly. The biggest consumer trend is the widespread use of e-commerce, he said.

P&G currently makes 35% of its sales through e-ecommerce platforms in China, compared to only 7% in the U.S., he said, adding that this result comes after the company recognized the importance of selling through e-retailers several years ago. P&G now has an independent business unit for online sales in China, which operates a separate supply system that can respond to specific needs of Chinese online consumers.

Compared to other markets, Price said Chinese people are more willing to pay for more expensive products. “Our proportion of businesses that are premium is higher than the rest of the world,” he said.

Another Chinese consumer trend Price noted is the increasingly complicated media environment. The executive said P&G had changed its previous marketing strategy which relied heavily on mass media like TV. Instead, his company has managed to leverage social media and e-commerce platforms to target higher-income consumers more precisely, he said.

Earlier this year, P&G announced that its organic sales, a measure that excludes currency moves and deals, rose 5% for its fiscal year ended June, while net profit dropped 60% to $3.9 billion.