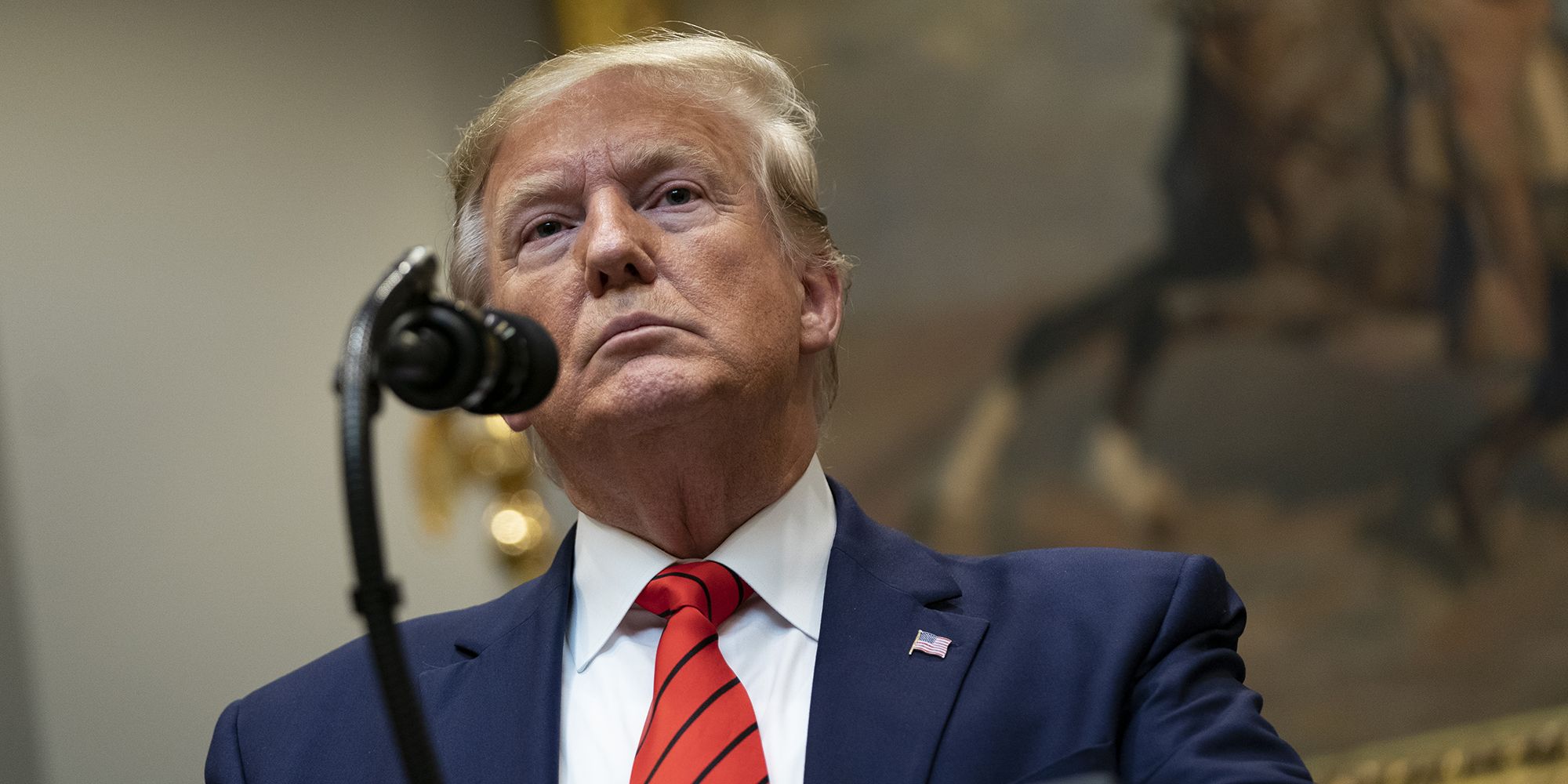 U.S. President Donald Trump pauses while speaking during an executive order signing event in the Roosevelt Room of the White House in Washington D.C. Photo: Bloomberg

(Bloomberg) — President Donald Trump said that the U.S. hasn’t agreed to roll back all tariffs on China, muddying hopes raised by China and even some of his own aides that the U.S. was ready to lift some tariffs to secure a trade deal.

“They’d like to have a rollback, I haven’t agreed to anything,” Trump told reporters Friday. “China would like to get somewhat of a rollback — not a complete rollback, because they know I won’t do it.”

U.S. bonds rallied and stocks slipped after the president’s remarks reduced some of the optimism that had been increasing around the prospects for a truce.

On Thursday, signs were pointing toward a first-phase deal that would include a tariff rollback. China’s Ministry of Commerce spokesman Gao Feng said negotiators had discussions and “agreed to remove the additional tariffs in phases as progress is made on the agreement.”

White House economic adviser Larry Kudlow also said Thursday that “if there’s a phase one trade deal, there are going to be tariff agreements and concessions.”

Trump made clear Friday that the U.S. hasn’t yet reached an agreement and emphasized that he wouldn’t eliminate all tariffs. There is an expectation that tariffs scheduled for Dec. 15, which would hit popular consumer items like smartphones and toys, won’t take effect as part of an initial deal. But a lot of tariffs remain in place including a 15% tariff on an additional $110 billion in goods that took effect on Sept. 1.

China’s exports and imports continued to contract in October, data released Friday showed, though slightly less than forecast by economists. The escalating trade war between the two countries has also taken a toll on U.S. manufacturing and business investment.

Trump revived questions Friday about the location for signing any deal with his Chinese counterpart President Xi Jinping. The leaders had initially expected to meet at an international summit in Chile this month, but the gathering was canceled because of protests in the capital, Santiago.

Reports earlier this week indicated any finalization of a first-phase agreement might slip until December and that some U.S. locations had been ruled out.