China Will Have Enough Natural Gas This Winter to Meet Demand: Officials 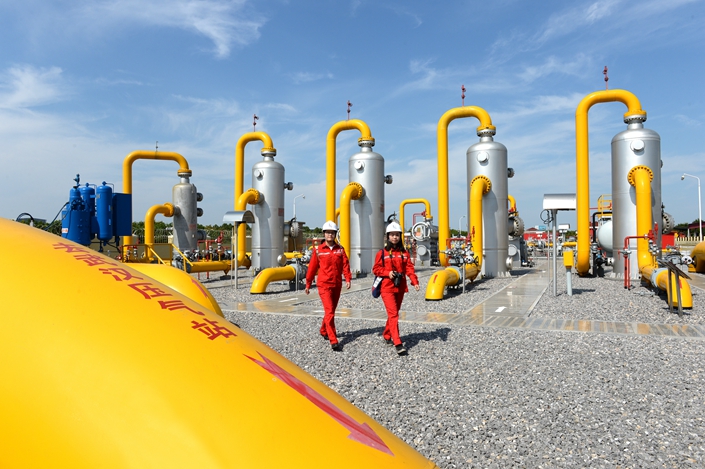 China’s supply and demand for natural gas are expected to be balanced during this year’s winter heating season, following two years of breakneck demand growth for the cleaner-burning fuel as Beijing worked to improve air quality by lowering reliance on coal.

Industry officials gave their assessment at a conference on Friday as growth in demand for natural gas slows sharply this year, falling into single digits from the previous double-digit range. The slowing demand growth comes as many homes and businesses have converted to other power sources, helping to improve air quality during the winter heating season that is also typically the heaviest time for smog.

Demand for natural gas is expected to total about 145 billion cubic meters to 150 billion cubic meters during this year’s winter heating season, which typically runs from November to March, said Meng Yadong, an official in the national gas division of Sinopec, one of the country’s top suppliers. That would represent a rise of about 5% to 8% from last winter, or about half the rate of increase for the 2018 heating season, he added.

In 2013, China’s State Council announced 10 general guidelines for reducing the country’s pollution, which had reached high levels following more than two decades of rapid economic development. Those included the phasing out of inefficient and heavily polluting small coal-burning furnaces used by many homes to generate heat in winter.

The switchover campaign picked up momentum in 2017 when the heavily polluted region consisting of the megacities of Beijing and Tianjin and surrounding Hebei province made a concerted effort to transform from coal to natural gas use. But supply shortages led to widespread problems, including leaving some people out in the cold as their coal-generated heat supplies were cut off before replacement gas-powered sources were ready.

As a result, the conversion campaign was eased last year and local governments were told to make the transition based on available supply.

The Beijing-Tianjin-Hebei region has completed the switchover of 5.24 million households from those that got heat from small coal-burning facilities to other sources, Liu Youbin, spokesperson for the Ministry of Ecology and Environment, said on Oct. 29. Among those, replacement of coal with electricity, heating through shared supply sources and use of geothermal heat accounted for more than 50% of the switches, providing relief to strains on natural gas supplies, he said.

In addition to a slowdown in new demand from homes, industry also joined the trend in slowing demand for natural gas, according to Wu Hongkun, a vice president in the gas division of oil major CNOOC. He said in the first nine months of the year, industry use of natural gas — accounting for 37% of the nation’s total demand — grew by just 6%. He attributed the slowdown in new demand from industry customers to factors including the U.S.-China trade war and more environmental safety inspections.