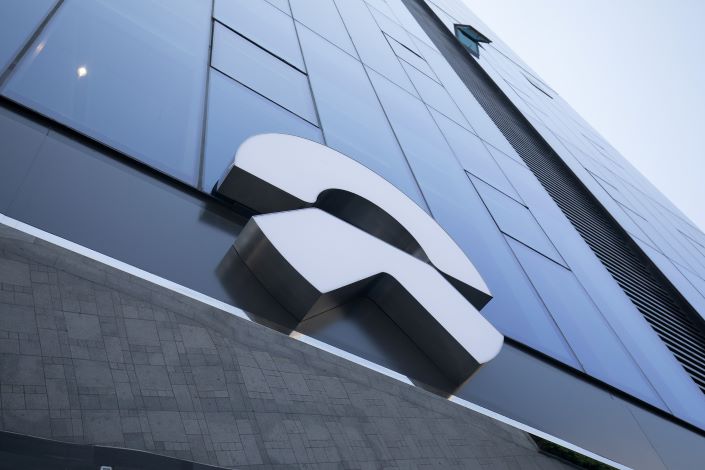 (Bloomberg) — Nio hired an analyst covering the Chinese electric car-maker as its next chief financial officer, according to people familiar with the matter.

Feng Wei, an auto analyst at China International Capital Corp. (CICC), will join Nio by as soon as next week, according to the people, who asked not to be identified discussing a private matter. Feng would succeed Louis Hsieh, who resigned late last month citing personal reasons.

Feng joined CICC in 2013, rising to managing director with a focus on the auto industry. After obtaining Master’s degrees from Tsinghua Univeristy and RWTH Aachen, he went on to work for German-auto component maker ZF Friedrichshafen and China’s Everbright Securities.

The new CFO will face the challenge of securing funds for Nio secure as the unprofitable carmaker battles an unprecedented slump in Chinese auto sales, including electric vehicles. Backed by technology giant Tencent Holdings, it sought $200 million from founder William Li and a Tencent affiliate, and plans to spin off some businesses and reduce jobs.

By the end of the third quarter, Nio had cut its workforce to 7,800 from 9,900 employees in January. Having burned through more than $5 billion in four years, the company failed last month in its attempt to get local government funding, according to media reports.

China’s EV sales have slumped for four consecutive months, while the overall auto market is down in 16 of the 17 past months. That’s impacting fundraising for EV startups in China, according to rival Xpeng Motors.

As an analyst, Feng last held a neutral rating on Nio with a price target of $2.50 a share, according to data compiled by Bloomberg.