In Depth: The Rise and Fall of Asian Twin Cities 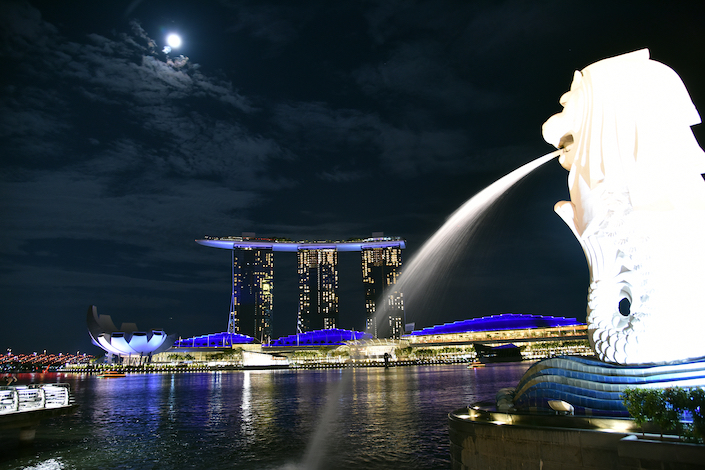 Sun Ying (not her real name), a 33-year-old Shanghai resident, called her private banker at HSBC in Hong Kong last month, requesting to transfer some of her money at the bank to Singapore.

“Recently, the situation in Hong Kong has upset my family, and they think it might be safer to move the money somewhere else,” said Sun, who inherited tens of millions of yuan from her parents.

Sun is not the only client of Hong Kong banks to make such a request recently. With the social unrest in the Asian financial hub dragging on for more than five months and showing no sign of ending anytime soon, more and more people are planning to move their assets out of Hong Kong or have already done so. As another Asian financial center, Singapore offers a natural destination.

Multiple banks in Hong Kong have received inquiries from clients requesting the opening of accounts in Singapore, with wait times for appointments as long as two months. Goldman Sachs recently estimated that as much as $4 billion moved from Hong Kong to Singapore as of August.

Favored by the rich

This is not surprising amid the social tensions in Hong Kong, but wealthy individuals in Asia have loved Singapore for decades. The gateway to Southeast Asia, Singapore has low taxes for individuals and businesses comparable to those of Hong Kong.

In the past, Hong Kong has been a go-to destination for wealthy Chinese, but in the future, Singapore may be the first choice for some, said Chi Man Kwan, founder and CEO of Hong Kong-based asset manager Raffles Family Office Pte. Ltd.

Sichuan-born billionaire restaurateur Zhang Yong is one of the Chinese businessmen who have made the move. The founder of hotpot chain Haidilao International Holding Ltd. recently became a Singaporean citizen and was ranked as Singapore’s richest person by Forbes.

Speaking to Caixin in a strong Sichuan accent, Zhang acknowledged being buried by Chinese netizens’ attack on his change of citizenship but said that wouldn’t stop his company’s globalization. Haidilao, known for its attentive customer service including free manicures for waiting customers, has opened 12 restaurants in Singapore, a city roughly two-thirds the size of Hong Kong, but only three in Hong Kong, where the company’s stock is listed.

The number of Chinese high-net-worth individuals who view Hong Kong as their preferred overseas place of investment declined to 53% in 2018 from 71% two years ago, according to a survey conducted before the Hong Kong turmoil this year by consultancy firm Bain & Co. Inc. More than 20% said they favored Singapore, up from 15% two years earlier.

Sun said her family is also thinking of emigrating. The U.S., Canada and Hong Kong used to be her top choices, but now she wants to reconsider. Based on Singapore’s tax advantages, she said she will seriously add the island city-state as a backup option.

“It’s not surprising that many wealthy mainland Chinese are now choosing Singapore when considering emigration, instead of Hong Kong or the U.S. in the past,” Raffles’ Kwan said. Reasonable tax avoidance is a big incentive for wealthy people to settle in Singapore, especially for Chinese mainland billionaires, he said.

However, Singapore’s effective tax rate is normally lower than the headline rate because of tax exemptions and incentives, while there are no comparable loopholes in Hong Kong. Smaller businesses often choose Singapore as it offers more attractive tax benefits.

The Singapore government has also launched a series of supportive policies, aiming to build the city into a regional wealth management center.

Global financial institutions have rushed to expand their wealth management business in Asia, hoping to cater to newly wealthy families in the region. Many of them set up regional headquarters in Singapore. The number of family offices quadrupled between 2016 and 2018, Monetary Authority of Singapore data show.

JPMorgan Chase & Co. set up a trust company in Singapore, its first in Asia, in September. Hong Kong-based offshore asset manager CSOP Asset Management Ltd. is ramping up its presence in Singapore to tap into the growing family office market here.

In a survey published by trade publication Asian Private Banker last year, 58% of respondents ranked Singapore as the most preferred offshore wealth management hub, outranking Hong Kong and Switzerland. Offshore flows constitute about 83% of Singapore’s assets under management, with more than a quarter of inflows coming from the Chinese mainland, the report shows.

Industry professionals surveyed cited Singapore’s robust banking sector as its most significant strength as an offshore wealth hub, followed by an efficient regulatory framework and the high quality of the city’s workforce.

To lure more wealthy individuals and businesses, the Singapore government has lowered the threshold for setting up a family office in the city, including lower minimum assets under management, number of employees and annual operating expenses. There is no similar policy in Hong Kong.

As early as 2004, Singapore started to learn from Switzerland to build a sound wealth management system, while Hong Kong lags behind in institution-building, Raffles’ Kwan said.

Facing windfall inflows, the Singapore government is taking a cautious approach. The Hong Kong turmoil has pushed some capital to move to Singapore, said Ravi Menon, managing director of the Monetary Authority of Singapore, but he emphasized that the disruptions in Hong Kong are not helpful for the region’s economies.

Lee’s wife Ho Ching, CEO of state investor Temasek, recently disputed reports of Singapore gaining from Hong Kong's unrest. In a Facebook post, she criticized the "obsession" in framing Hong Kong and Singapore as competitors and pointed out that Hong Kong's real competition is on the Chinese mainland: Shanghai, Guangzhou and Beijing.

Singapore should rethink its role in the region and world amid shifting tides in geopolitics and technological advancement, Ho wrote.