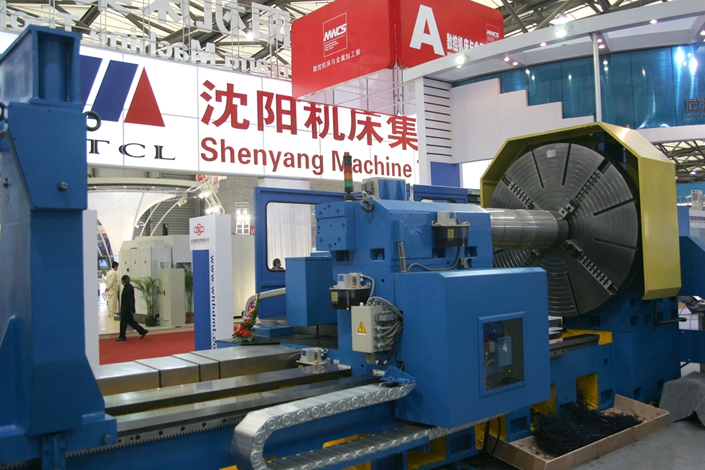 Shenyang Machine Tool was once a powerhouse in its area, distinguished as the world’s largest machine tool maker by revenue in 2011. Photo: VCG

Bankrupt regionally-controlled machine-tool maker Shenyang Machine Tool Group Co. Ltd. and a related listed unit will be taken over by a centrally-administered state-run firm that has already made several similar acquisitions, according to a newly approved reorganization plan.

The move marks the latest step by Beijing to bail out an ailing sector that supplies equipment to industries engaged in car, airplane, boat and electronics production and is seen as important to the country’s manufacturing capabilities. Shenyang Machine Tool and two other companies that have also been taken over by China General Technology Group Holding Co. Ltd. are located in the northeastern provinces of Liaoning and Heilongjiang, often called the country’s rust belt.

Shenyang Machine Tool was once a powerhouse in its area, distinguished as the world’s largest machine tool maker by revenue in 2011. But it has declined steadily since then, as profits fell and it accumulated a large debt load. In late 2017, a group of central government bodies issued a plan to overhaul the company. But that ultimately failed and the company was forced into bankruptcy.

The new reorganization plan hammered out over the summer will see China General Technology pump 2.5 billion yuan ($357 million) into Shenyang Machine Tool Group, and another 1.8 billion yuan into its listed subsidiary, Shenyang Machine Tool Co. Ltd., according to a copy of the plan seen by Caixin. The plan was approved by creditors on Friday before receiving the court’s green light the next day.

China General Technology aims to position Shenyang Machine Tool Group as a provider of products aimed at the mid-to-high end of the market. It hopes to position the listed company as a developer of smart machine tools and a specialist in industrial internet applications.

The move marks the latest bailout of locally-administered state-owned machine tool firms by China General Technology, a state-owned company administered by the central government. China General Technology’s other assets include machine tool makers in the city of Qiqihar, Heilongjiang province; and in Dalian, a major city in Liaoning province where Shenyang Machine Tool is also located.