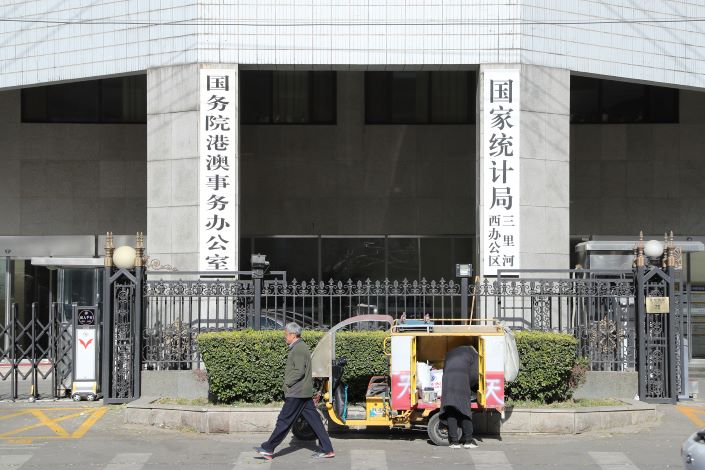 The Chinese government will not arbitrarily adjust GDP data from previous years to make it easier to achieve economic growth goals, an official at the statistics bureau said Wednesday at the conclusion of the country’s fourth economic census.

The statement came after suspicions that the government might revise up historical GDP figures — a common practice in the country — in order to achieve its aim of doubling GDP between 2010 and 2020 despite expected slower annual growth next year. China’s economic growth is currently slowing under pressure from sluggish domestic and global demand, as well as the ongoing trade war with the United States.

Historical GDP data will be adjusted only if there is a change in data sources or calculation methods, Li Xiaochao, a deputy head of the National Bureau of Statistics, said at a press conference. The bureau will not adjust GDP due to other factors, such as achieving the growth goal, he said.

In 2012, Chinese policymakers set a target to double both domestic GDP and per capita income by 2020, based on 2010 figures. But that aim has come under threat with economists saying the country’s GDP growth could fall below 6% next year for the first time since 1990.

Zhang Yu, chief macroeconomic analyst at Chinese securities firm Huachuang Securities, said that if the statistics bureau raises aggregate real GDP growth from 2010 to 2018 by 0.2 percentage points, the goal of doubling GDP can be achieved with growth of just 5.8% next year.