By Li Zengxin and Lu Zhenhua 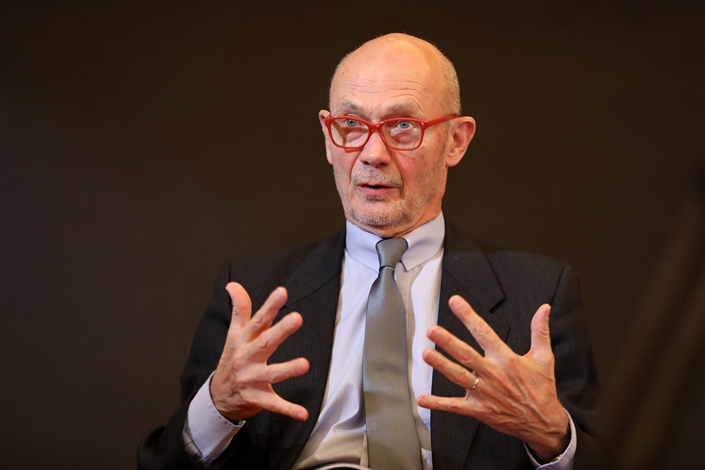 A former head of the World Trade Organization (WTO) said China and the United States should embrace free competition over a tit-for-tat trade war in talks that could have a profound effect on the fate of globalization.

Speaking to Caixin during the Paris Peace Forum last week, Pascal Lamy, WTO director-general from 2005 to 2013, dismissed the idea that globalization is backsliding, insisting that “the world is still heading to integration.”

To move such integration forward, Lamy said that “the most consequential factor is to guarantee competitive neutrality” between China and the United States to create a level playing field for fair competition.

Competitive neutrality, a principle adopted by the Organisation for Economic Co-operation and Development (OECD), a club of industrialized countries, requires that companies should compete on their merits and should not benefit from undue advantages due to their ownership or nationality.

Lamy’s comment came as Beijing and Washington have been struggling to deliver a phase one trade deal to deescalate their bitter trade war, in which the U.S. has accused China of subsidizing its state-owned enterprises, giving them a leg up over their foreign competitors for the purpose of dominating specific industries.

When asked if competition among major powers is a “race to the bottom,” Lamy concurred.

But Lamy cautioned that China and the U.S. should handle their differences carefully, because the two countries will decide the future of multilateralism and globalization.

Although China has announced that it would adopt the principle of competitive neutrality, “it is easier said than done,” Lamy said.

“If the [the U.S.] took measures of protectionism, anti-globalization and favoring a bilateral approach to solve problems, then the global convergence would highly unlikely to happen.”

On the China-U.S. rivalry, Lamy added that Europe hopes to be a “trusted third party.” He said that Europe will make its best effort to persuade the U.S. and China to remain in the international system, which would require China to make its own contributions, such as reducing state aid to businesses. It would also require the U.S. to correct its misconception that the WTO is treating it unfairly.