Ex-U.S. Official Urges Beijing and Washington to Tackle WTO Reform Along With Trade

By Wang Zili and Matthew Walsh 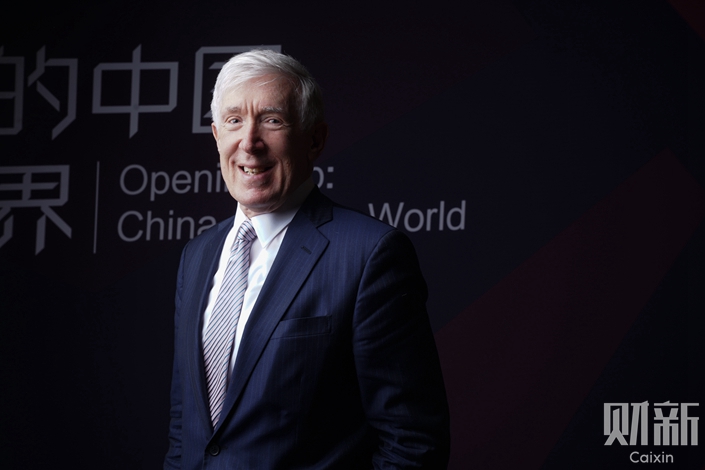 Former U.S. official Robert Hormats has called on Washington and Beijing to make reforming the World Trade Organization (WTO) part of their negotiations for a phase two trade deal, as the world’s two largest economies edge closer to an initial deal that would mollify yearlong trade tensions.

Speaking on the sidelines of the recent Caixin Summit in Beijing, Hormats, who served as undersecretary of state for economic growth, energy, and the environment in the Obama administration, said he would start talking about changes to the WTO “right away” following the conclusion of a phase one agreement.

“I think that China has every interest in a strong WTO, and the U.S. does too. We have differences on governance issues and on some rules and practices, but we’re the two biggest economies in the world with strong interests in a well-functioning global trading order,” said Hormats, who is currently vice chairman of geopolitical consultancy Kissinger Associates. “We should have some common views as opposed to a tug of war where we pull it apart.”

Earlier this month, the WTO permitted China to impose sanctions on up to $3.6 billion of American goods after ruling that the U.S. failed to comply with anti-dumping rules regarding Chinese products. The case predated the current trade standoff by several years.

U.S. President Donald Trump has historically taken a dim view of the WTO, calling the organization “broken” and repeatedly claiming it allows China to pursue unfair economic practices at the expense of American companies. Washington has also prevented new appointments to a WTO body that rules on international trade disputes.

Hormats said that those destructive impulses belie a broader appetite for WTO reform across the U.S. government. “I think some American officials — although not all — really want to fix it, (even though) they’re skeptical of whether China, or even Europe, has similar views to them,” he told Caixin.

Bringing WTO reform into phase two trade talks “can’t hurt,” he added. “The process of fixing (the WTO) has not gone very far. With a downturn in the global economy, neither China nor the U.S. wants the world to turn into protectionists. We both need WTO functionality and meaningful reform,” Hormats said.

Reimagining the organization’s future will partly depend on strengthening trust between the U.S. and China. The two countries should ink an initial trade agreement “sooner rather than later” and specifically avoid further U.S. tariff increases due to come into effect on Dec. 15, Hormats said, adding that the agreement would calm the stock markets and restore predictability to trade and investment decisions.

“I think phase one is very important. If there are parts of it that aren’t 100% perfect, you can always adjust them in phase two or phase three,” he told Caixin. “I also don’t want to do it too close to the American elections … or to (involve) it in partisan politics.”

Ultimately, Hormats believes the U.S.-China trade talks represent a historic opportunity to work through the complex systemic issues between the two powers. “My guess is that there’ll be several more phases. But let’s recognize that this is the great challenge of our era to work out some of these issues between our countries,” he said.

“Many of them may not be totally solvable. But at least you can find a framework for avoiding confrontation on those issues.”