In Depth: China Sets Sights on Europe for Its Burgeoning ‘Smart City’ Industry 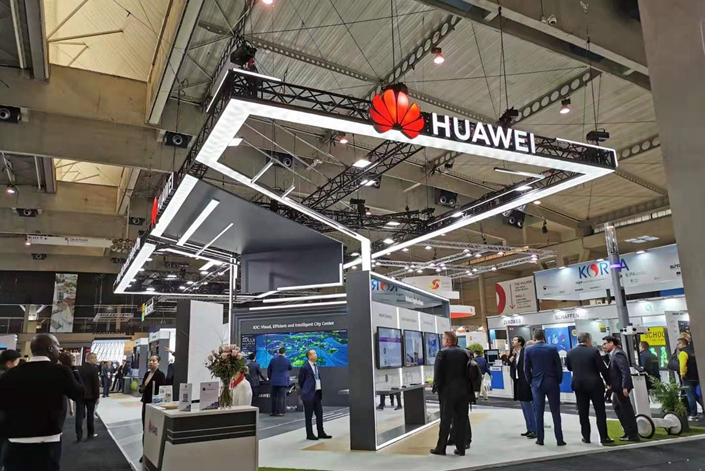 (Barcelona, Spain) — China has spent over a decade applying smart city technologies at home amid a national push for rapid urbanization.

These efforts have made it a leader in the field in at least one respect. Of the 1,000 “smart cities” currently being built worldwide, half are in China, according to a report released earlier this year by Deloitte.

Although the term “smart city” can mean different things to different people, it generally refers to any place that employs internet-connected sensors and other gizmos to make it more convenient to live in and easier to manage. A smart city project can be anything from parking spaces capable of alerting nearby drivers when they are open to widespread use of surveillance equipment.

While China’s efforts have so far focused on building smart city projects and developing related industry standards at home, local governments have grown increasingly interested in reaching out overseas in search of business opportunities.

These efforts were laid bare late last month at the three-day Smart City Expo World Congress in Barcelona, where dozens of Chinese cities sent officials to attend, giving China an unprecedented presence at the event. In 2013, one Chinese exhibitor attended. This year, 48 showed up, taking up 15% of the expo’s available floor space.

“After years of technological advancement in areas such as telecommunications, Chinese governments are now more willing to work with the West and are more open in global cooperation,” said Luis Miao, head of the China region at Fira de Barcelona, the organizer of the annual expo.

Industry experts, however, said concerns about China’s ambition to export its surveillance technology, as well as different mindsets about the issue of data privacy could be obstacles to China and Europe working together more closely on smart cities.

Initially flagging the smart city concept in 2008, Beijing made creating smart cities a national development strategy in 2015, when President Xi Jinping endorsed the concept at a national urbanization convention.

While the technologies touted for use in smart city projects are roughly the same, such as artificial intelligence and internet of things (IoT), there are some key differences between the Chinese and European governments in terms of their approaches to development and areas of focus.

In China, smart city projects are more focused on public security and digitalization of government services, such as using mobile apps to make services more convenient to citizens, said Lu Hongfeng, deputy director at the Shenzhen Institute of Standards and Technology. In Europe, by contrast, governments are more interested in sustainability and environmental projects, such as deploying intelligent water meters.

In China, governments tend to partner with big tech companies to take advantage of their large mobile platforms and user bases. For example, Chinese citizens can now pay utility bills, enter subway stations, book doctor appointments and access many other public services through the country’s near ubiquitous WeChat “super app.”

Due to the app’s large user base, governments only need to sign a deal with WeChat’s operator Tencent Holdings Ltd. to roll out a new service.

This level of convenience for governments in China is largely due to the public’s willingness to cede privacy rights to large companies, as well the government, Lu said. “In Europe, however, these digital services are hard to roll out because privacy remains a much more sensitive issue than in China,” he said.

Lu said different mindsets regarding data privacy regulation remain one of main obstacles to more smart-city cooperation between China and Europe. In Europe, the General Data Protection Regulation (GDPR) strictly limits how tech companies and government agencies can collect and use personal data. While in China, most of data-related security guidelines emphasize government scrutiny over online content.

China’s global tech ambitions come as Washington has since this year aggressively sought to push back against the former’s efforts by cutting off supplies of technology to some of the county’s leading companies, in cluding telecom giant Huawei Technologies Co. Ltd., surveillance-camera maker Hangzhou Hikvision Digital Technology Co. Ltd. and a slew of artificial intelligence (AI) startups.

In a nod to sensitivities regarding cooperation on the state level, Beijing has increasingly shifted focus to collaboration at the local level — in other words, Chinese cities working directly with cities elsewhere. “More and more Chinese cities are willing to reach out to other global cities,” Miao said. By cooperating with global platforms like Fira Barcelona — which attracted representatives from 700 cities this year — Chinese cities could also take advantage of opportunities to promote their local businesses by putting them on the global stage.

Bringing the business along

Five local Chinese agencies had booths at this year’s Smart City Expo in Barcelona, including the little-known city of Huzhou in East China’s Zhejiang province.

With the exception of several well-off companies such as Huawei, most of the Chinese exhibitors at the show were sent and funded by their local governments.

By participating in the event, they hoped to showcase their products to the overseas market. A sales head at Shenzhen AOA Technology Co. Ltd., a manufacturer of fiber-optic products, told Caixin that his company is currently working with third-party agents to sell products in the European market. “Our products are widely used in areas such as security. As European governments are pushing a smart city agenda, that would certainly be a benefit for us,” he said.

Other Chinese exhibitors in attendance were data management providers such as Shanghai Data Exchange Corp., a firm established in 2016 by Shanghai government to coordinate data among government agencies.

Although China’s presence at the expo was largely a public relations move aimed at an audience back home, these companies still attracted crowds of foreigners to their booths. Many of the visitors were keen to hear about these companies’ experiences in China in regard to a common obstacle to smart city projects around the world — fragmented data among different government agencies, Caixin has learned.

Huawei — which also sells surveillance equipment — has managed to stay on its feet despite sanctions that cut off its access to U.S. technology. At the expo, Huawei, which says it has worked on smart city projects in cities such as Amsterdam and Rome, announced that it will partner with the Barcelona city government to work on smart city projects together.

“The European Union has a unified standard for rolling out smart-city projects. As smart city turns from concept to reality in many European countries, the market potential for Huawei is huge,” Ernest Zhang, who oversees Huawei’s enterprise businesses in Western Europe, said in an interview with Caixin.

Caixin’s trip to Barcelona, where some of the interviews in this story took place, was partly funded by Fira de Barcelona.