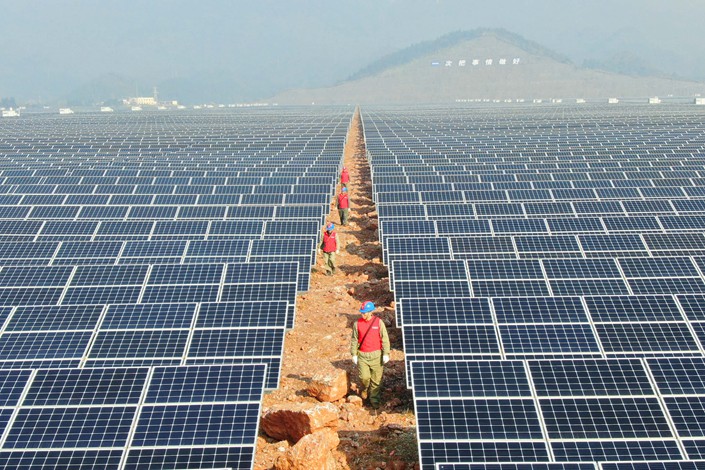 New additions to solar power generation capacity in China plunged more than 50% during the first 10 months this year compared with a year earlier, reflecting waning state support for the new energy source.

Installations of new solar energy totaled 17.5 gigawatts (GW) this year through October, including only 1.5 GW added since the end of September. The 10-month total is just half of the increase in the same period last year, according to Wang Bohua, secretary general of the China Photovoltaic Industry Association.

The slowing pace is likely to lead China to a second consecutive year of decline in new solar power capacity, following a 17% drop in new installations last year. Wang predicted that the addition of solar power capacity will decline more than 30% from last year to 30 GW. Total capacity may exceed 200 GW by the end of this year, Wang said.

Growth is slowing as China moves to phase out solar power subsidies to encourage the industry to become more self-reliant. China has seen the construction of large amounts of poorly planned solar and wind-power farms, with the result that some couldn’t be connected to the grid or produced below their designed capacity.

According to the China Photovoltaic Industry Association, the government will set aside 1.75 billion yuan ($24.8 million) as solar power subsidies next year, down 42% from this year.