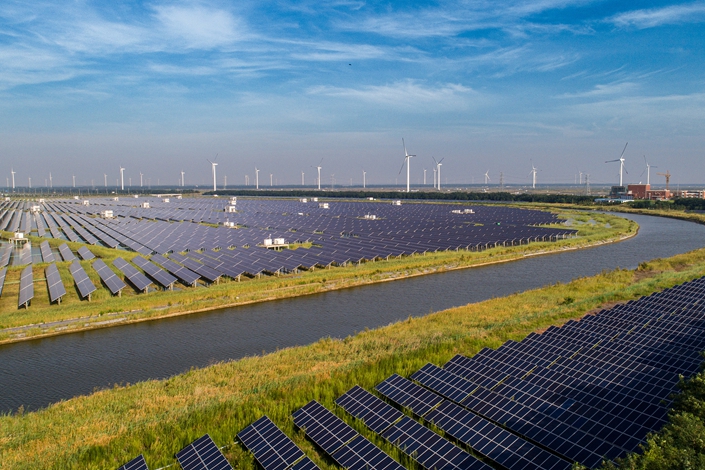 The addition of solar power to China’s grid plunged 54% in the first nine months of the year compared with a year earlier, as developers cooled to the renewable energy source under a strict, less lucrative new program that’s part of Beijing’s plan to wean the sector from state support.

Installation of new solar energy totaled 16 gigawatts (GW) in the nine months through September, including just 4.6 GW installed in the third quarter, according to data released by the National Energy Administration (NEA) on Tuesday. In July the NEA had forecast that new solar power installation in China would reach about 40 GW to 45 GW this year.

Wang said the lower-than-expected installations are related to a new system announced in May and effective July 1. Under that system, solar plants no longer sell electricity to the grid at fixed prices that historically were often higher than those for traditional fossil fuel-generated power to compensate for the higher cost of generating such renewable energy. Instead, such plants must now compete against each other in a bidding system designed to win the grid operator the lowest rates.

The switch comes as China and many other countries phase out solar power subsidies to try and encourage the industry to become more self-sufficient. China in particular saw the construction of large amounts of poorly planned solar and wind power farms, with the result that some couldn’t be connected to the grid or produced below their designed capacity.

The new system also comes with strict delivery timelines that can result in penalties if they aren’t met, Zhang Xiaochao an official in the new-energy division of power generating giant China Huaneng Group, told Caixin. He said winning bidders when the program was launched will be penalized with lower power rates if they fail to deliver by the end of the year.

Many developers’ recent interest in wind energy has also undermined new solar plant construction, according to Wang. “Downstream developers of solar power (farms) are state-owned enterprises, including those managed by the central government, basically the same group of people,” he said. “Many of those are engaged in wind energy right now so they are putting less effort into solar.”

Lagging enthusiasm is taking a toll on suppliers of equipment used in construction of solar farms, especially those heavily reliant on the China market.

Sungrow Power Supply Co. Ltd., the nation’s largest maker of solar inverters, said its profit excluding exceptional items fell 12.2% in the first three quarters, with the company specifically citing the changes in government policy. Changzhou Almaden Co. Ltd. said its revenue fell 37% in the first three quarters, as it also posted a loss for the period.

More export-reliant manufacturers fared better. One such player, Longi Green Energy Technology Co. Ltd., said it expects its profit to double in the first three quarters of the year, including a rise of more than 263% in the third quarter.