By David Kirton and Zhang Zizhu 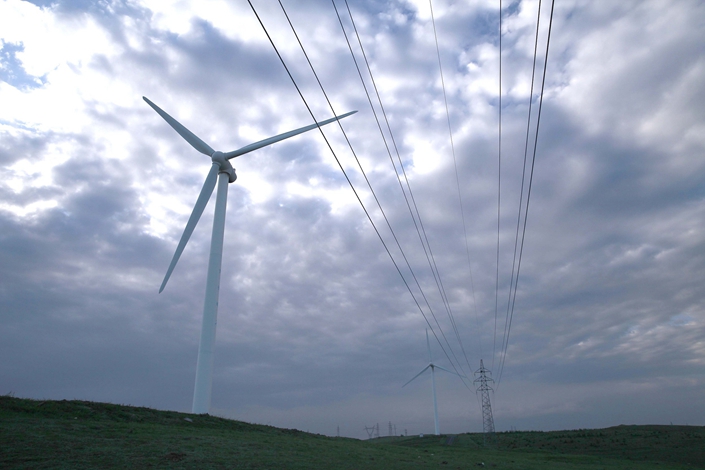 China’s investment in renewable energy nosedived by 39% in the first half of 2019 compared with a year earlier as the government’s plans to phase out set prices for electricity in favor of market-based systems spooked plant developers.

The country saw $28.8 billion invested in new solar and wind projects in the first six months of 2019 in what marks the lowest half-year figure in China in six years, according to BloombergNEF, Bloomberg’s renewables research arm. China’s reduced contribution brought down global investment to $117.6 billion, down 14% from a year earlier.

Renewables nevertheless continued to play a bigger role in the country’s energy mix in the same period, with wind turbines generating 6.6% more utilized electricity than in the first half of 2018, and solar generating 11.2% more in the same period, according to data (link in Chinese) that the National Bureau of Statistics released Wednesday. Wind contributed 11.2% of China’s power in that time and solar contributed 5.6%, according to Caixin’s calculations.

While China leads the world in terms of installed renewables capacity, the country is attempting to wean the industries off heavy subsidies and state support now that they have reached a level of maturity and are often able to compete with coal-generated power plants in terms of cost.

On May 31, 2018, the government sent shockwaves through the solar industry when it announced that new solar projects would no longer receive generous fixed prices for the electricity they generate. The following May, the government announced 20.8 gigawatts of new projects that will compete with coal power to sell electricity to the grid without subsidies for the first time, while the subsidies going to wind producers were cut on July 1.

Despite the drop in renewables investment, most analysts expect enthusiasm for new projects to pick up again now that there is clarity on how new plants will compete with other forms of electricity generation in terms of price. “The slowdown in investment in China is real, but the figures for first-half 2019 probably overstate its severity,” said Justin Wu, the head of Asia Pacific at BloombergNEF. “We expect a nationwide solar auction happening now to lead to a rush of new [solar] project financings. We could also see several big deals in offshore wind in the second half.”

The government is also introducing provincial renewable energy quotas to make sure that less of the country’s vast renewables capacity does not sit idle while coal plants continue to belch out pollution.

China wasted 2.7%, or 1.24 billion kilowatt-hours (kWh), of the solar power it generated, and 4%, or 4.35 billion kWh, of wind-generated power, in the first quarter of this year. Yet this marks substantial progress, with curtailment — a measure of how much electricity is wasted — down 1.7 percentage points and 4.5 percentage points for solar and wind respectively from a year earlier.