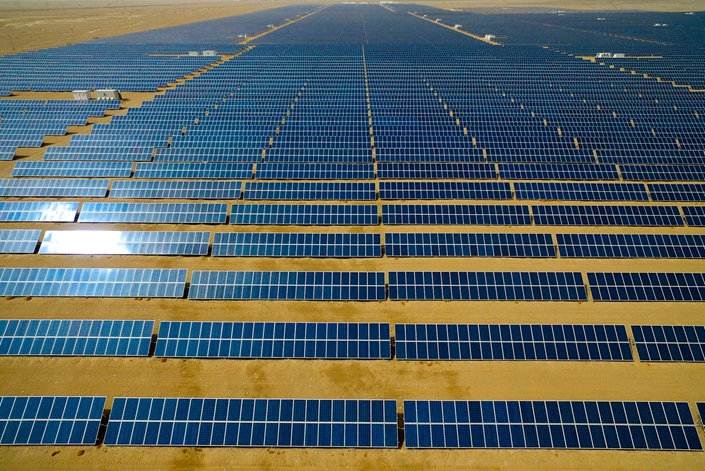 China’s thinly populated Qinghai province, located in the country’s northwest next to Tibet, got all of its energy needs from renewable sources for 15 consecutive days, marking a new record as Beijing tries to wean the country off its traditional dependence on dirtier coal.

Qinghai’s relatively sparse population of about 6 million, combined with its high altitude at the base of the Himalayas, make it an ideal candidate for such renewable energy self-sufficiency from sources including hydropower, solar and wind. Its high altitude means sun is more intense than in other locations, and fast-flowing water sources are also more common. Relatively less vegetation at such heights also makes wind power more practical.

The Qinghai record comes as China pushes aggressively to install major amounts of renewable energy capacity, much of it in the country’s less densely populated and also higher altitude and relatively dryer Western regions. But the concentration of projects in those areas has created problems, since connecting them to the national grid and delivering that power to China’s higher-demand eastern provinces is often difficult.

Wasted power remains a problem despite big strides in the renewables area, though the country is working to reduce such waste. In the first quarter of 2019, China wasted 2.7%, or 1.24 billion kWh, of the solar power it generated, and 4%, or 4.35 billion kWh, of wind-generated power, the National Energy Administration (NEA) said in April.

Xin said State Grid is aiming to limit levels of wasted renewable power in its coverage areas to 5% or less. To help reduce such waste, the grid operator is setting up a network of pumped storage power stations and modifying thermal power stations to be more flexible by adding ability consume new energy sources, he added.

State Grid is also trying to solve the problem of efficiently transporting energy over long distances through the creation of an ultra-high-voltage grid, including recent efforts to bring private investment into the area. But experts say that since the plan for outside investment’s announcement late last year, there is little clarity about how such investment will work, or whether there is even sufficient interest.