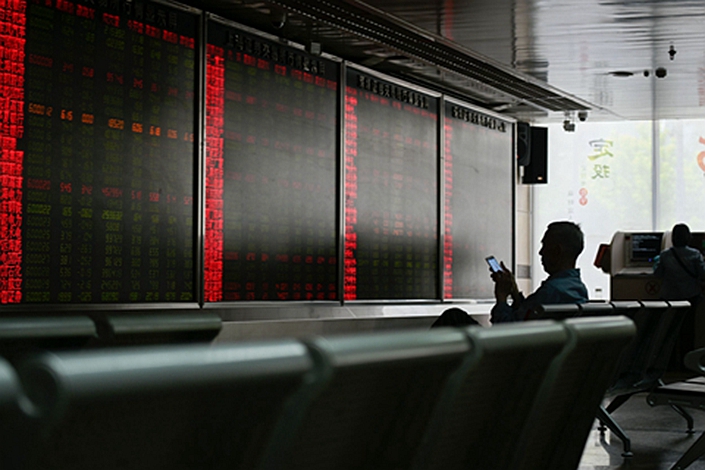 A notorious investor who has been punished repeatedly for stock market manipulation and insider trading has been fined again for trying to manipulate the price of a stock, the securities regulator has announced.

51-year-old investor Zhu Kangjun made several large trades of a particular stock from October 2016 to April 2017 using 74 separate brokerage accounts in an attempt to influence the stock’s price and trading volume, according to a statement issued Thursday by the China Securities Regulatory Commission (CSRC). Zhu had sunk 3.4 billion yuan ($483.81 million) into his trades of the stock, Shenzhen-listed Shanghai Shenkai Petroleum & Chemical Equipment Co. Ltd., but ended up losing 433.9 million yuan.

Although the trades came from multiple accounts, the CSRC found that Zhu was the one behind the transactions, and the people who pulled the trigger on the trades were just following his orders, the statement said. Zhu was fined 3 million yuan for violating China’s Securities Law.

The case marks the fourth time since 2016 that the CSRC has fined Zhu for trying to manipulate stock prices, insider trading or violating disclosure rules. In July 2018, the CSRC added him to a list (link in Chinese) of discredited persons as he had missed payment of fines.

The case was also not the first time that Zhu had lost money in an attempt to manipulate the price of a stock. In April 2016, he was fined (link in Chinese) 900,000 yuan by the securities regulator’s Guangdong branch for insider trading and violating disclosure rules in a case involving the stock of Shanghai-listed Zhuhai Boyuan Investment Co. Ltd. Zhu, who did not report that he had held more than 5% of the company’s shares from 2014 to 2015, lost 108.6 million yuan trading the stock in 2014.

In April 2018, Zhu was fined (link in Chinese) 600,000 yuan by the Guangdong branch for insider trading related to Shenzhen-listed Guangdong Chaohua Technology Co. Ltd. He lost 2.9 million yuan on the trades.

Zhu has managed to profit off some of his illicit trades, but it still cost him. In April 2017, the CSRC said in a statement (link in Chinese) that it would confiscate 267.8 million yuan in profit that Zhu had made from manipulating two Shenzhen-listed stocks, and would fine him the equivalent amount.

Zhu argued that the purchases of the two stocks were value investments and he had no intention of wrongdoing, but the securities regulator was not convinced.