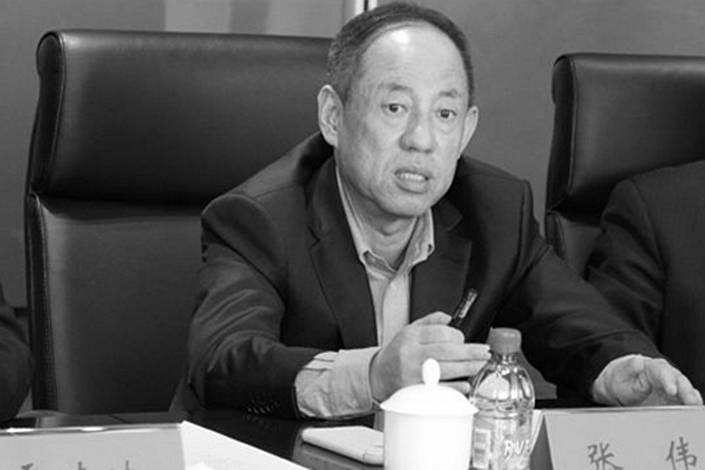 A former chairman of Bank of Jinzhou Co. Ltd., the embattled regional bank that had to be bailed out by three state-owned investors, died on Thursday, Caixin has learned.

Multiple sources confirmed with Caixin that Zhang Wei, a former chairman of the bank, died in the morning. One implied that his death was likely due to stomach illness, saying that Zhang had gastric cancer and recently had to make multiple trips to intensive care.

Zhang had stepped down as Bank of Jinzhou’s chairman on Nov. 15, a board meeting after its regulator-guided restructuring. “He came to that meeting in a wheelchair,” a source familiar with the matter said.

Zhang, who was born in 1958, was appointed president of Bank of Jinzhou in 1998 after years working at a city credit union that was the bank’s predecessor. He became chairman in 2002, and continued to serve as president for the next 10 years.

Over the 17 years, Zhang had maintained a tight grip over the bank, which has had a diffuse ownership structure. Its largest shareholder holds no more than a 9% stake. With the exception of the Jinzhou government’s finance bureau, most of the bank’s shareholders are privately owned companies that Zhang often traded favors with, people familiar with the matter told Caixin.

A source from the bank said that Zhang based his personnel decisions on personal loyalty rather than professional competence.

Bank of Jinzhou’s financial problems were laid bare in August after the lender finally produced its long-delayed annual report for 2018.

In April, the bank’s Hong Kong shares were suspended from trading because it couldn’t produce a 2018 annual report. And in July, regulators decided to restructure the bank by bringing in new investors.

Under the restructuring plan, Bank of Jinzhou later received strategic investments from three state-owned companies, including a subsidiary of Industrial and Commercial Bank of China Ltd.