Tencent Teams Up With U.S. Chipmaker Nvidia on Cloud Gaming 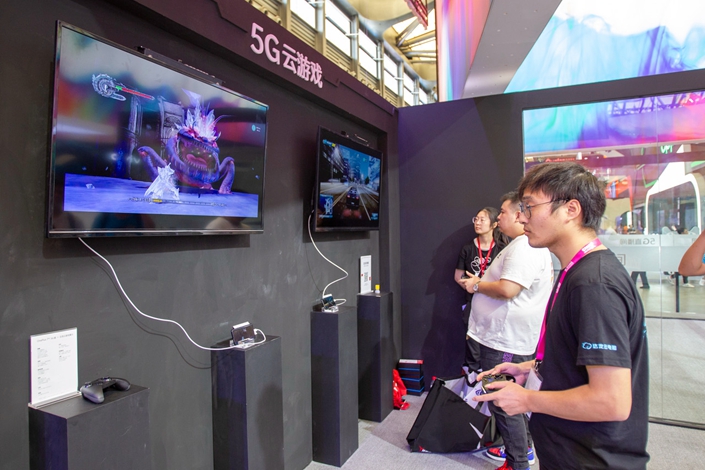 The cloud gaming business is expected to be a magnet for new players over the next few years as a global rollout of superfast 5G mobile networks brings in more users.

The Start platform, which is operated by Tencent’s gaming unit and began testing earlier this year, will be built with Nvidia’s graphics processing unit (GPU) technology and will allow users to access games “on underpowered devices anytime, anywhere,” according to a joint statement released on Wednesday.

Cloud gaming services allow users to play games online without requiring a device with the processing power of a games console or the need for games to be downloaded, as all the heavy computational lifting is done remotely. Companies such as Chinese internet titan Alibaba, Google and Microsoft have jumped on the cloud gaming bandwagon in recent years.

“Nvidia’s leadership in building the world’s most powerful GPUs paired with their experience in cloud solutions will empower us to scale our START platform to millions of gamers,” said Tencent Senior Vice President Steven Ma. “Today marks a new opportunity for our companies to further push the frontiers of gaming.”

Tencent, operator of China’s ubiquitous WeChat social media platform, first got into cloud gaming in 2016. The company has continued to plow money into the area, launching a series of development tools for game developers, such as Tencent GameMatrix.

Nvidia said in the joint statement that it hopes to increase its footprint in the cloud gaming space by partnering with Tencent. After announcing it would enter the area back in 2012, Nvidia rolled out a cloud gaming service called GeForce Now in 2015, which has 300,000 users, the company’s CEO Jensen Huang said earlier this year.

The cloud gaming business is expected to be a magnet for new players over the next few years as a global rollout of superfast 5G mobile networks will allow far more people to take advantage of the service. However, profits aren’t yet on the horizon.

Li Yutao, a sales manager for Tencent’s cloud services, said at a media event earlier this month that no company has yet turned a profit from cloud gaming due to high upfront costs, which include spending on computing power and fees to mobile carriers.