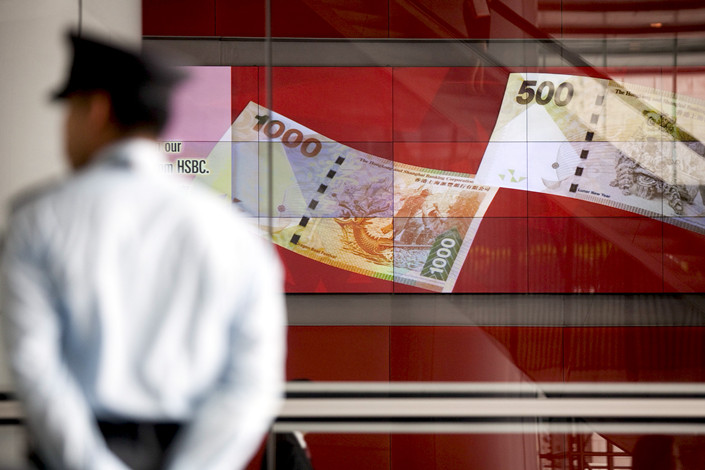 ZA Bank, established in August 2018, is one of eight companies granted virtual bank licenses by the Hong Kong Monetary Authority this year.

ZA Bank Ltd. has begun trialing internet-only banking services in Hong Kong, making it the first to offer such services in the city as the Asian financial hub ramps up its efforts to boost the development of fintech.

The trial will operate under a fintech supervisory sandbox mechanism of the Hong Kong Monetary Authority (HKMA), in which the city’s de facto central bank allows ZA Bank to operate in an environment separate from the wider financial market, according to the statement. This allows the HKMA to check for technological risks, such as data security issues. If the trial goes smoothly and meets all regulatory requirements, the virtual bank will be able to formally provide services to the general public, Arthur Yuen, a deputy chief executive of the HKMA, said in a statement.

Unlike traditional brick-and-mortar banks, virtual banks only provide services online, which could offer customers greater efficiency. For instance, ZA Bank said in its statement that customers will be able to open an account in just five minutes and will be able to transfer money quickly using facial recognition technology.

ZA Bank, established in August 2018, was one of the eight companies granted virtual bank licenses from the HKMA earlier this year — seven of which are backed by financial or internet companies from the Chinese mainland — a move seen as a key step for the city to enhance its position as an international financial hub. Virtual bank services are expected to lead to the creation of other innovative fintech services and products in the future.

The other licensed virtual banks include one backed by e-commerce firm JD.com Inc., a unit of Alibaba’s fintech affiliate Ant Financial Services Group, a Tencent joint venture, and a company backed by smartphone-maker Xiaomi Corp.

The rollout of virtual banking has come as the city’s traditional banking industry has been facing growing competition from tech giants. To counter the challenge, traditional lenders including Dah Sing Bank Ltd. have started offering mobile-app account-opening in Hong Kong earlier this year.

Decades ago, the city’s economy transformed from a manufacturing-based one to a services-based one. In recent years, however, the development of an economy based on technological innovation has been somewhat slow. While its northern neighbor Shenzhen has been dubbed “China’s Silicon Valley,” Hong Kong has gradually fallen behind in this area.

Han Wei and Thomas Zhang contributed to this report.