Li Rongrong, Who Battled to Reform China’s SOEs, Dies at 75

By Bai Yujie and Flynn Murphy 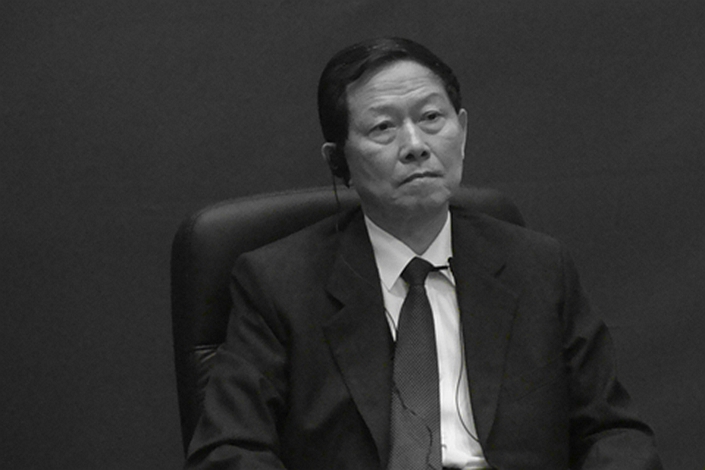 Li Rongrong, who advocated separating business from government and led a sustained state sector consolidation as the first helmsman of the powerful State-owned Assets Supervision and Administration Commission (SASAC), died in Beijing on Saturday. He was 75.

Born in Suzhou, East China’s Jiangsu province, in 1944, Li graduated from Tianjin University with a major in electrochemical engineering. He worked his way up from the factory floor of a pump nozzle manufacturer in Wuxi, Jiangsu, through city, provincial and state planning offices to ultimately head the body that oversees China’s centrally-administered state sector.

Appointed SASAC’s founding director in 2003, Li led seven years of restructuring and mergers of the sector, during which number of centrally administered state-owned enterprises (SOEs) shrank from 196 to 123, even as their total assets ballooned from 3 trillion yuan ($426.9 billion) to more than 20 trillion.

From the first SASAC meeting of SOE heads in July 2003, Li reportedly urged companies to slash bureaucracy, focus on their core business and withdraw from areas where they were uncompetitive.

In 2004, he established a system of regular evaluations for SOE heads. Under the system, which is still in place today, SASAC evaluates the person in charge of each SOE annually based on the enterprise’s business performance, and conducts a more in-depth evaluation every three years.

“I can only sleep if I’m keeping (the heads of state companies) up at night. If they can sleep, then I can’t,” he reportedly said.

Li tried to fundamentally change the corporate governance of China’s centrally administered SOEs, including to the way senior executives were selected. Some reforms would prove to be too ambitious. He repeatedly stressed that by 2010, every state-owned company was to have a board of directors. But when he departed that year, only 30 SOEs had such an arrangement in place.

Li remained a vocal advocate of state sector reform after leaving SASAC, and regularly emphasized the need to separate government and enterprises, including in a prominent speech in Dalian, Liaoning province, in 2013.

In book written the same year, Li said that while “fighting the battle” for SOE reform, he kept the Chinese idiom “seek truth from facts” in mind.

In 1993, the economic and trade office of the State Council was reorganized into the State Economic and Trade Commission. Li served as its secretary-general, deputy director and party member of the commission. From March 1998 to December 1999, he was deputy director of the party group of the National Development and Planning Commission, then China’s top economic planner. At the end of 1999, he returned to the State Economic and Trade Commission to appoint a deputy director, and was promoted to be the chairman of the commission in February 2001, where he served until he was appointed SASAC director in March 2003.