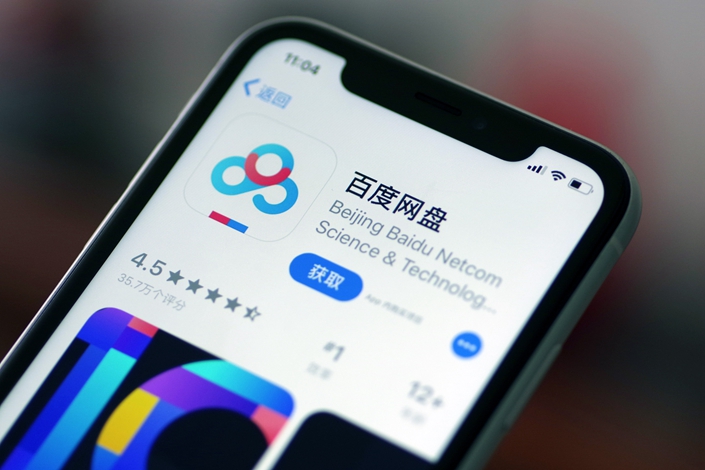 A Beijing court has fined search giant a record Baidu Inc. 1 million yuan ($143,000) for copyright violations by its cloud storage and software service, part of the nation’s growing effort to stamp out such behavior as it builds up its own cache of intellectual property.

The decision by a court in Beijing’s Haidian district also represented the first such court-ordered fine against a third-party cloud operator for the illegal transmission of copyrighted material over its service. Baidu Wangpan, which offers cloud-based data storage and software services, was also ordered to pay 30,000 yuan in costs related to the case to Youku Tudou Inc., one of China’s top online video operators, according to a posting on the court’s website.

The award was well below the 29 million yuan that Youku had been seeking in its lawsuit, and for that reason the plaintiff said it would appeal the decision.

China has earned a reputation as a land of copycats in the 40 years since it first began experimenting with market economics. In the early days intellectual property theft and counterfeiting were rampant, and Beijing made minimal efforts to curb such behavior. But as the nation has developed its own creative industries, such as filmed entertainment and high-tech products, the country has taken greater measures to build up courts, law enforcement and other infrastructure to protect intellectual property.

The Baidu case stemmed from illegal transmissions of “Eternal Love,” a popular TV series based on a novel involving intertwined tales of love spanning over thousand years. The series was first broadcast in 2017 on both conventional TV and over Youku’s online video service, and Youku retained the internet broadcasting rights after that.

But it quickly discovered that many accounts registered on Baidu Wangpan were also watching and downloading pirated versions of the series, prompting it to send a warning letter to Baidu. Even after it did that, Youku was still able to confirm links connected to more than 11,000 Baidu Wangpan accounts providing access to its copyrighted material.

Baidu defended its actions by saying the materials in question had been uploaded by individual users to their accounts on the service, and that Baidu should not be held responsible for its users’ actions. It added that in the process of investigating the case it had disrupted all the relevant links, and said that Youku’s damage estimate was excessive.

In its decision, the court said the case centered on whether Baidu knowingly let users take advantage of its service to illegally share copyrighted material, but failed to take action to stop such behavior in a timely manner.