By Zeng Lingke and Denise Jia 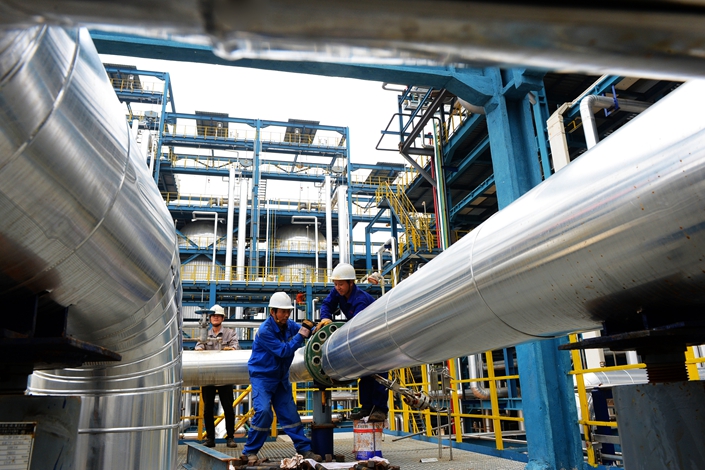 The entire increase in China’s refining capacity has come from private refiners.

The decision, which came in the form of policy guidelines, highlights how the country is grappling with overcapacity in its oil refining market that has taken a toll on the industry’s bottom line. In the first half of 2019, the average profit from processing a ton of crude oil in China fell by 32% year-on-year to 129 yuan ($18.41), the lowest in five years, according to data from the China Petroleum and Chemical Industry Federation.

In an opinion document released Sunday, the State Council asked government departments to study the measure and establish specific a pathway and timetable to give private refineries access to the overseas market.

The guidelines are the first policy document to clearly state that private refiners could be eligible to export their products, though temporary export quotas were granted to certain private firms on trial basis between 2015 and 2016.

The policy aims to open the overseas market to more competition by removing barriers that prevent private companies from participating, according to officials from the National Development and Reform Commission, China’s top economic planner.

For the first nine months of 2019, the Ministry of Commerce issued export quotas for 56 million tons of refined products to these state-owned companies, up 16.7% from 2018.

However the current quotas may not be enough to deal with the current overcapacity. China’s annual crude distillation unit (CDU) capacity grew 4.8% to 881 million tons in 2019, amounting to about 120 million tons of overcapacity, according to a report by the Sinopec Economics and Development Research Institute.

Meanwhile, China continues to build more refineries. China is expected to lead the global refinery industry in terms of additional CDU capacity from 2019 to 2023, according to GlobalData, a data analytics company.

At 18.2 million barrels a day, China’s current CDU capacity matches that of the U.S., according to a report by S&P Global Platts Analytics released in October.

As domestic fuel demand weakens due to cooling economy, pollution control measures and falling vehicle sales, the only outlet for the surplus is the export market, S&P Global Platts said.

Awarding export quotas to private refineries may ease overcapacity, but increasing exports of refined petroleum products may slow the process of upgrading the domestic refining industry, said Dong Xiucheng, a professor at University of International Business and Economics.

Refining crude oil requires a lot of energy and creates a lot of emissions without producing much value, a CNPC official pointed out. Importing more crude oil to simply export more refined products is not an ideal path for China to be on.