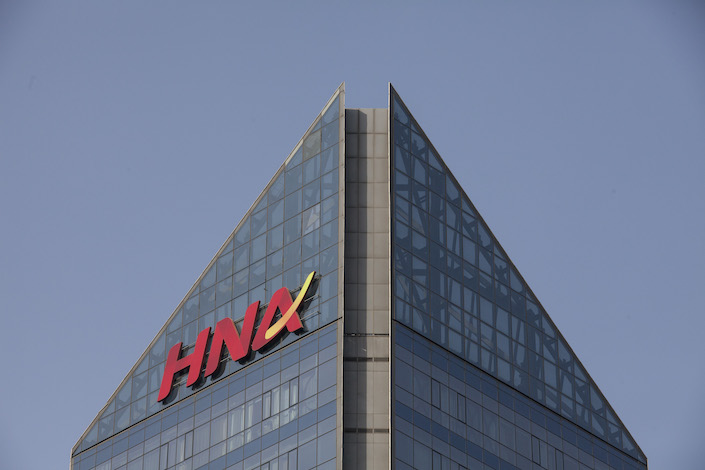 (Bloomberg) — Troubled Chinese conglomerate HNA Group Co. repaid a 1.3 billion yuan ($185 million) bond due Tuesday, according to people familiar with the matter, avoiding what could have been its first default on a publicly issued note.

An investor briefed by HNA’s bond trustee said the company has wired the funds to the clearinghouse, while another bondholder said it received the full payment. Both declined to be identified as they’re not authorized to speak publicly. Calls to HNA’s office responsible for information disclosure went unanswered.

Once a front-runner in China’s debt-fueled global spending spree, HNA said earlier this month that it would halt trading of the yuan bond from Dec. 6 till its maturity due to an unspecified “major event that has yet to be finalized”. It didn’t give any details. The suspended bond last traded at 97.55 yuan on Dec. 5.

HNA has periodically been in the news in recent years for missing payments, selling assets and struggling with debts that climbed to as high as 598.2 billion yuan.

While HNA itself failed to make good on a 1.5 billion yuan privately issued note in July, the conglomerate has yet to miss a repayment on a public bond, according to Bloomberg calculations.

“The main concern is a lack of liquidity and the complex structure of the group that makes moving money within the organization difficult,” said Warut Promboon, managing partner at credit research firm Bondcritic Ltd. “However, we believe HNA has sufficient credit facilities to pay back bondholders should its creditors allow them to do so,” he said.

A bond due in 2021 from HNA’s unit Hainan Airlines Holding Co. was up by 0.82 yuan to 89.45 yuan on Tuesday. Traders have been closely monitoring this bond as a gauge of broader sentiment about the conglomerate since HNA’s local note was suspended.

HNA shot to prominence between 2016 and 2017 after splurging more than $40 billion on acquisitions across six continents. The once little-known airline operator became the biggest shareholder of iconic companies such as Hilton Worldwide Holdings Inc. and Deutsche Bank AG as well as paying top dollar for high-end properties from Manhattan to Hong Kong.

The company and other equally acquisitive private firms have since come under pressure from Beijing to sell off assets due to concerns that their borrowing sprees could worsen the nation’s debt burden and destabilize its financial system.

Offering a tentative respite to the conglomerate, Haikou Meilan International Airport said it will delay interest payment of 97.5 million yuan due Dec. 29 on its 1.5 billion yuan bond. The decision is to ensure funding for an airport expansion project, it said in a statement dated Dec. 23 on Chinamoney.com.cn.

The deferred payment doesn’t constitute as a default, but results in its coupon rate rising to 9.5% from 6.5%, effective Dec. 29, it added.