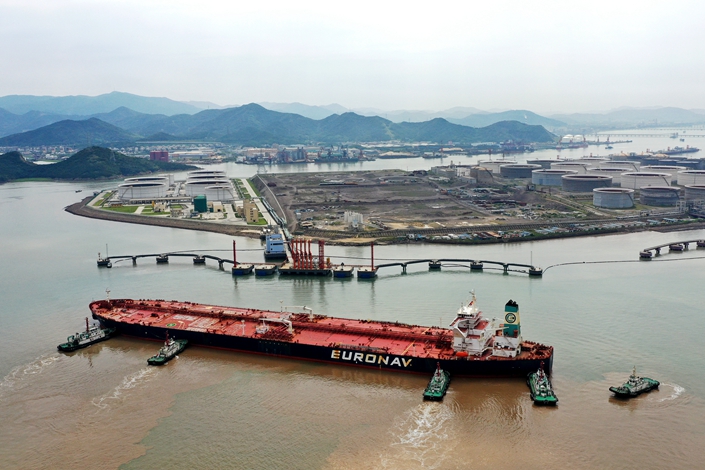 China brought in 8.21 million tons of crude oil from Saudi Arabia in November.

It was the second month in a row that China imported no oil from Venezuela, and imports from Iran fell 47% year-on-year to 14.36 million tons for the year to November.

This came in part as Saudi Arabia has been aggressively expanding its downstream business by setting up a batch of Sino-Saudi joint ventures in petroleum refining, storage and sales, in an effort to shore up one of its most important markets. That drive has gained added urgency following the IPO of state-owned oil conglomerate Saudi Aramco earlier this year.

In addition, Brazil has moved up one spot to become China’s fifth largest supplier this year, with 37 million tons of exports to China for the year to November, up 16.6% year-on-year. This may have been helped along by a production surge in the country, where daily output spiked 20.4% year-on-year in November to 3.1 million barrels a day, according to the Brazilian government.

China’s total crude oil imports reached a record high of 45.74 million tons in November, pushing the total import volume up 10.4% year-on-year to 462 million tons in the first 11 months. If the growth rate holds up in December, China will break the 500-million-ton annual import mark for the first time.