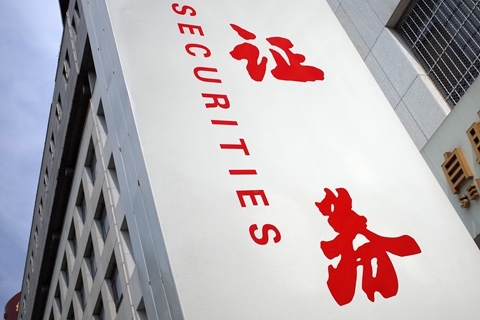 China’s top legislature approved on Saturday an update of the country’s Securities Law, a long-awaited improvement that includes the legal groundwork for a streamlining the process for new listings on the nation’s stock markets.

The amendment was approved (link in Chinese) at the end of a six-day session of the National People’s Congress Standing Committee. The revised law includes provisions to expand registration-based initial public offerings (IPOs), stricter information disclosure requirements and tougher penalties for market violations. The new law will take effect on March 1, 2020.

It has taken China nearly five years to update the Securities Law, which has become outdated since it was first set down in 1999, when the country’s financial markets were in their infancy. The law has been tweaked several times but had until now undergone only one comprehensive revision in 2006.

The amendment is a milestone that updates the law in line with China’s fast-changing capital markets. A key provision provides for implementation of a registration-based IPO system, Cheng Hehong, director of the Department of Legal Affairs of the China Securities Regulatory Commission (CSRC), the country’s top securities watchdog, said at a press conference (link in Chinese) on Saturday.

The registration-based IPO system, which simplifies and shortens the previously lengthy approval process that companies had to go through before they were allowed to float shares on mainland stock markets, was first successfully tried out on Shanghai’s new Nasdaq-style tech board. The system allows companies and investors, rather than regulators, to determine the timing and pricing of IPOs, a reform that moves China further towards a market-oriented financial system.

According to Cheng, the new law ends the need for CSRC’s regulatory approval committee to review IPOs and instead authorizes stock exchanges to review and approve listing applications. In addition, the minimum business requirement for a company to qualify for a new listing is lowered to being “capable of sustainable business operations,” from the previous more stringent “capable of sustained profitability.”

At the same time, the new law requires stricter information disclosure from companies applying to go public, a move intended to curb market manipulation and protect investors’ interests. The revised law adds a new chapter on information disclosure that requires companies to disclose in clear and concise terms all pertinent information in their IPO application documents to allow investors to make accurate investment decisions based on their view of a company’s value, said Cheng.

The CSRC will follow the guidance of the State Council, China’s cabinet, in the step-by-step nationwide implementation of the registration-based IPO system, taking into consideration the complexity of the structure of securities products in the nation’s capital markets, Cheng said.

In addition, the new securities law increases penalties for fraud in the issuance process to as much as 20 million yuan ($2.9 million), state-run Xinhua News Agency reported.