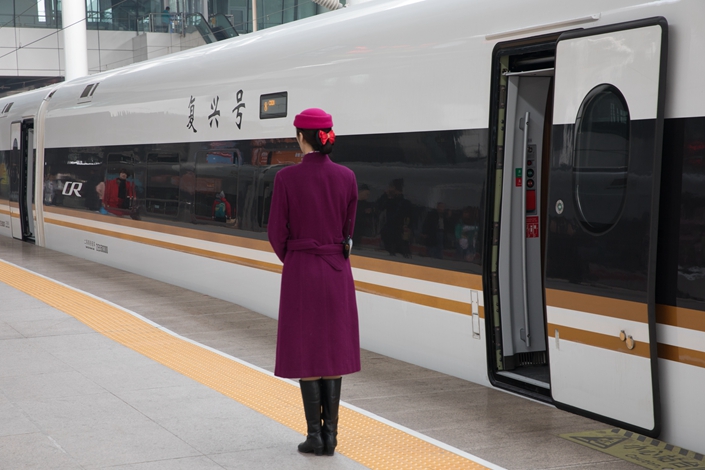 Conditions also depressed the confidence of services providers, with optimism about the outlook for the next 12 months falling to its lowest since late 2015.

The expansion in China’s services sector took a breather in December, coming down from a seven-month high as the growth in new export business slowed, a Caixin-sponsored survey showed Monday.

The Caixin China General Services Business Activity Index fell to 52.5 in December from 53.5 in November, but the reading showed that business activity across the services sector continued to expand. A number above 50 indicates an expansion in activity, while a figure below that points to a contraction.

Along with a slowing expansion in the country’s manufacturing activity, the Caixin China Composite Output Index, which covers both manufacturing and service companies, dropped to 52.6 in December from a 21-month high of 53.2 in the previous month.

Total new business placed with services providers grew at the fastest pace in three months in December, according to the survey. The faster growth was driven by new orders gained from a larger client base, companies’ new product offerings and improved marketing strategies.

New export business in December, however, grew at the slowest pace since June, coming off a solid expansion in November. The reading reflected “slowing expansion of foreign demand,” Zhong said.

The measure for employment across the services sector fell to its lowest point in five months despite remaining in positive territory, with a number of companies adopting a relatively cautious approach to hiring to keep costs down and operations efficient. The gauge for unfinished workloads began growing again in December after shrinking in November.

The gauge for prices charged by services providers in December contracted for the first time since September 2018, falling to its lowest point since August 2017. The drop was larger than a decline in the gauge for input costs in December, which remained in expansionary territory. That suggested “the rise in services demand was possibly due to greater sales promotions,” Zhong said.

Conditions also depressed the confidence of services providers, with optimism about the outlook for the next 12 months falling to its lowest since late 2015.

China’s economic growth in the first three quarters of this year slipped to 6.2%, the slowest in nearly three decades, as domestic and global demand weakened amid an ongoing trade war with the U.S. Economists forecast the slowdown will continue in 2020, with some projecting growth will drop below 6% for the first time since 1990.

In December, China and the U.S. reached a phase one deal to pause the 18-month trade war. Following the agreement, some economists boosted their forecast for China’s GDP growth in 2020.

“Looking forward, the phase one trade deal between China and the U.S. should be able to help corporate sentiment recover. China’s economy is likely to get off to a quick start in 2020, but it will still be constrained by limited demand for the rest of the year,” Zhong said.