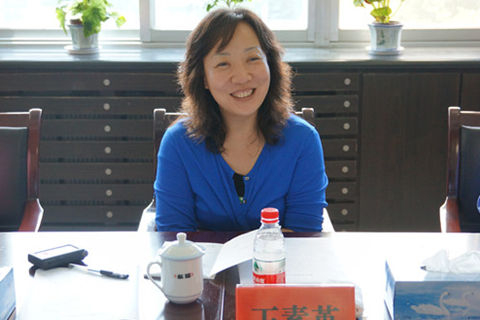 A former top Chinese lottery official was sentenced to 11 years in prison for corruption that caused 750 million yuan ($108 million) of revenue loss to the welfare lottery system. The conviction brought the total of senior officials punished in a years-long probe to 14.

Wang Suying, former head of the China Welfare Lottery Distribution and Management Center at the Ministry of Civil Affairs, was the second senior lottery official imprisoned after a 2015 audit and special inspections in 2016 uncovered extensive lottery corruption.

Wang’s two predecessors, Chen Chuanshu and Bao Xuequan, have also been under corruption investigation. In June, Wang’s deputy, Feng Lizhi, was sentenced to 17 years in prison and fined 1 million yuan for corruption and abuse of power.

The former lottery chief was found in possession of more than 8 million yuan of property for which she couldn’t explain the source, including more than 20 insurance policies with premiums of more than 5.4 million yuan.

Wang, 58, a native of Beijing, led the welfare lottery center between January 2015 and May 2017. She was close to former Deputy Minister of Civil Affairs Dou Yupei, who was forced into early retirement after the ministry was found riddled with “systematic corruption,” according to people familiar with the matter.

Investigators found that Wang, taking advantage of her positions at the lottery center and the Ministry of Civil Affairs, provided business help and personal favors to executives and their family members at lottery operators and welfare project developers and received 1.88 million yuan of bribes from these executives, the court files show.

During her tenure at the lottery center, Wang agreed to a profit distribution plan proposed by Beijing Zhonglottery Online Technology Co., the actual operator of welfare lotteries. The plan violated lottery rules by increasing the profit proportion for the operator, resulting in the loss of 750 million yuan of revenue that should have been generated under the rules.

As gambling is generally outlawed in mainland China, the state-run welfare lottery and sports lottery are the only legal forms of gambling. The combined sales of the two lotteries topped 400 billion yuan in 2018, making China the world’s second-largest lottery market after the U.S.

As regulators strengthen oversight of the industry after the corruption investigations, revenue for the welfare and sports lotteries declined 18.6% year-on-year to 381.1 billion yuan in the first 11 months of 2019, only the second drop in a decade.