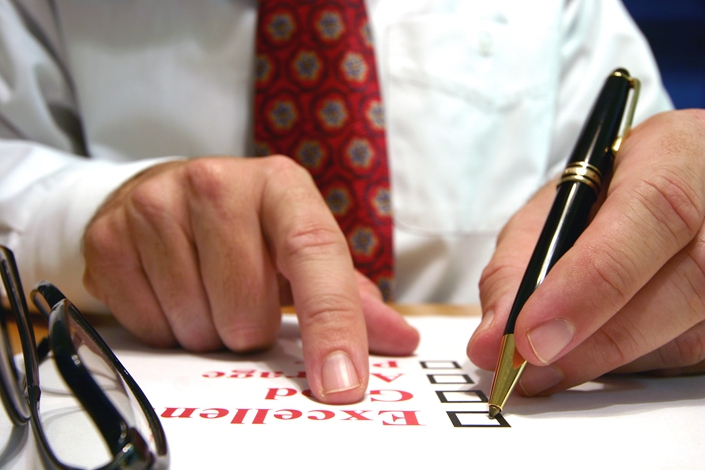 A top Chinese credit ratings company that warned it may cut its ranking on a small rural bank has been dropped by the lender in favor of a rival firm, adding to concerns about the health of the financial institution and the impartiality of the credit ratings industry.

Shanxi Yuncheng Rural Commercial Bank Co. Ltd. ditched China Chengxin International Credit Rating Co. Ltd. last week, five months after the company downgraded (link in Chinese) its outlook on the lender to “negative” from “stable,” a sign that it was considering cutting Yuncheng Rural’s A+ rating. Chengxin had said it was concerned about the impact of rising overdue loans and weakening profitability on the bank’s financial strength, and that increasing numbers of borrowers were repaying their debts by handing over assets rather than money.

The manner of the switch indicates the two sides did not part company on good terms. Chengxin said in a statement (link in Chinese) on Friday that it would no longer provide ratings coverage of Yuncheng Rural after repeated attempts to obtain information from the lender to update its assessment failed.

The bank, based in North China’s Shanxi province, said (link in Chinese) last week that it had terminated its relationship with Chengxin and moved to another ratings company, Golden Credit Rating International Co. Ltd. The lender appears not to have informed Chengxin in advance of the change. It cited “change of plan and business development needs” as the reason. The bank declined to elaborate when contacted by Caixin for comment.

The move has worked out well for Yuncheng Rural so far. Golden Credit’s initial ratings report (link in Chinese) gave the bank a “stable” outlook, meaning the rating was unlikely to be changed in the short term, although the rating itself was the same as that given by Chengxin — “A+” for the bank overall, the fifth-highest ranking, and “A” for its Tier-2 bonds, a type of subordinated debt that makes up part of a bank’s capital. Yuncheng Rural issued 500 million yuan ($72 million) of Tier-2 bonds in 2017.

Chengxin lowered the credit ratings on several rural commercial lenders in July. While it maintained its ranking of Yuncheng Rural, the outlook was downgraded to “negative,” a change that meant the company was considering cutting the rating. The report said the bank’s overdue loans had jumped 87% year-on-year to 3.8 billion yuan at the end of 2018 as a result of downward pressure on the domestic economy, strengthening environmental protection policy and risks stemming from guarantees provided by third parties on many of its loans to customers.

A credit ratings report (link in Chinese) issued in July showed that Yuncheng Rural’s nonperforming loan (NPL) ratio had risen to 2.2% at the end of June from 1.9% at the end of 2018 and 1.48% at the end of 2017. Its loan-loss provision coverage ratio, the percentage of money set aside to cover potential losses from loan defaults, dropped dramatically to 158.4% from 304% in 2017.

But the latest ratings report (link in Chinese) from Golden Credit issued on Dec. 31 is more positive. Although it acknowledges risks facing the bank, including to profitability and from rising overdue loans, it highlights the lender’s “strong market competitiveness” and stable deposit and lending business, and says the likelihood Yuncheng Rural will default on its debt is low.

The bank’s third-quarter financial report (link in Chinese) showed an improvement in several key metrics. The NPL ratio at the end of September had edged down to 2.19%, and the loan-loss provision coverage ratio had risen to 167.95%, while the bank’s capital adequacy ratio also increased.

Golden Credit’s report highlighted that the bank’s share of special-mention loans, those at risk of turning sour, fell during the course of 2019 as some overdue loans were resolved by being rolled over or through borrowers handing over assets to repay them. According to the bank’s third-quarter financial report, the special-mention loans ratio fell to 15.6% at the end September from 34.3% at the beginning of 2019.

But rolling over the debt merely kicks the repayment can down the road and doesn’t resolve the risk of eventual nonpayment. And in its report in July, Chengxin warned that selling borrowers’ assets in a slowing economy would not be easy.

Yuncheng Rural’s decision to switch to a new credit ratings agency months after being threatened with a downgrade has led to speculation the company was trying to avoid having its ratings cut. It has also renewed concerns about the lack of independence and impartiality of the ratings industry and the conflicts of interest that can occur when firms assess companies’ debt risks.

In August 2018, the China Securities Regulatory Commission banned Dagong Global Credit Rating Co. Ltd., one of the country’s biggest ratings companies, from taking on new business for a year after it was found to have charged exorbitant consulting fees to companies for which it also issued credit ratings. The watchdog said (link in Chinese) in March 2019 that it was “highly concerned” that some firms were handing out inflated ratings and failing to reveal credit risks.”

In December, the financial authorities unveiled new regulations to tighten oversight and scrutiny of the credit ratings industry in the wake of the corruption scandal at Dagong and a series of bond defaults by highly rated companies.

A previous version of this story gave the incorrect source for the increase in Yuncheng Rural’s nonperforming loan ratio. It was a credit ratings report issued in July.