In Depth: China’s Private Sector Support Comes at a Cost 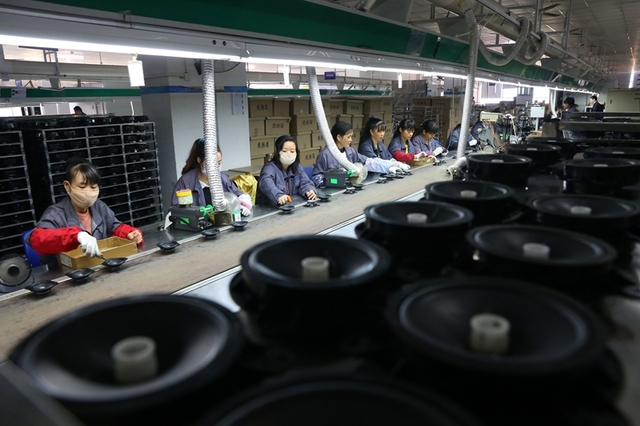 Since last October, the country’s top leaders have mounted an unprecedented rescue for the private sector. Photo: VCG

China’s unprecedented drive to bolster its cash-strapped private sector has come at a cost.

More loans have been made to the country’s underserved private companies, which have long lacked the same access to credit as their state-backed peers, but the achievement has come at the cost of lost business for smaller lenders.

Local authorities pledged to bail out private businesses in the face of a sharp decline in domestic equity markets last year, but the efforts have raised concerns that any rescue might end up encouraging more irresponsible corporate borrowing.

These side effects have cast a shadow on the government’s achievements in shoring up the private sector, such as increasing the value of outstanding loans to companies with credit lines under 10 million yuan ($1.4 million). As of the end of September, the value of loans made to these companies had increased 20.8% from the beginning of the year to 11.3 trillion yuan, according to a November statement (link in Chinese) by the China Banking and Insurance Regulatory Commission (CBIRC).

Since last October, the country’s top leaders have mounted an unprecedented rescue for the private sector that has struggled amid a cooling economy, the government’s long-running debt-control campaign and trade tensions with the U.S. In addition, a sluggish stock market has increased the pressure on the many private companies that relied on loans backed by pledged shares.

As these threats to private enterprises piled up, the government forcefully stepped in. Last November at a symposium with entrepreneurs, President Xi Jinping promised “unswerving support” for the private sector and outlined six ways of aiding private companies, including easing taxation and administration costs and helping them obtain financing.

In December 2018, the People’s Bank of China (PBOC), the country’s central bank, set up a new monetary policy tool, the targeted medium-term lending facility (TMLF), to encourage lending to small businesses and private companies. This has become an important mechanism for the PBOC to influence how banks lend. The TMLF provides a long-term, stable source of funding for financial institutions based on growth of their loans to small businesses and private firms, the PBOC said on its website.

This year, the PBOC has lowered all banks’ reserve requirement ratios (RRRs) by a total of 150 basis points, releasing a net 1.6 trillion yuan into the financial system through two rounds of RRR cuts, one announced in January and the other in September. In addition, the PBOC in October 2018 revived credit risk mitigation warrants — a type of hedging instrument — to support bond issuance by high-quality private enterprises amid record defaults of cooperate bonds.

The policies have seemed to work. At the end of September, nearly 20.9 million small and micro companies with credit lines under 10 million yuan — the criteria that policymakers use to define small businesses — had received loans, 3.6 million companies more than at the beginning of the year, according to the CBIRC statement. As of the end of September, the outstanding loan balance of all the country’s small and micro companies was 36.4 trillion yuan.

One of the side effects of the drive to lower funding costs for small businesses has been a price war among lenders looking to offer the lowest interest rates, which has ratcheted up the competitive pressure on smaller lenders.

Caixin has learned that local branches of the CBIRC across the country have been guiding banks to bring down financing costs for small enterprises. In the first three quarters this year, the overall banking sector’s average interest rate on new loans to small businesses dropped to 6.75% from 7.39% for the whole of 2018, according to CBIRC figures (link in Chinese). During the same period, the average interest rate that five of the largest state-owned banks offered to small businesses was 4.75%, down from 5.43% for the whole of 2018, according to CBIRC Vice Chairman Zhu Shumin.

Although big banks tend to issue secured loans and spend a lot more time on approving loans to small companies than on those to their larger competitors, small business owners still prefer borrowing from the big banks, several business owners told Caixin. The reason is simple — lower interest rates.

Smaller banks have been left hurting. A senior executive at one city commercial bank told Caixin that many of the bank’s clients have been lured away by larger competitors offering lower rates.

The manager told Caixin how one client even complained that “it turns out your bank has been cheating me for years.”

The shift in small business lending to large banks from smaller banks has also raised questions about whether they have sufficient risk management capabilities to make loans that won’t sour.

Bank of Taizhou Co. Ltd., a city commercial bank based in East China’s Zhejiang province, has years of experience making small business loans and has developed a thorough due diligence system, according to Wang Haiyan, an assistant to the general manager of the bank’s development and planning department.

Industrial and Commercial Bank of China Ltd., one of the country’s largest state-owned lenders, doesn’t have as sophisticated a risk management system as some of its smaller competitors, said one of the bank’s marketing specialists, though it is figuring out how to keep risks under control while meeting small businesses’ borrowing needs.

As banks look for ways to grant lower-cost loans to small businesses without compromising risk controls, they have come up with a few novel ways of lending.

For example, banks are now offering a type of “guaranteed financing” to cash-strapped businesses. Under this arrangement, a third-party investment firm guarantees a small business loan in exchange for a slice of the borrower’s equity at a prearranged price in the event of a missed repayment or a default.

Under this arrangement, the bank gets an added layer of security for its loan, and the borrower can get financing without having to put up collateral it might not have. For its part, the third-party investment firm makes money by charging a fee for guaranteeing the loan.

Banks are also pioneering lending that uses unconventional assets as collateral. Because many small businesses lack heavy assets like real estate or industrial facilities to secure loans, some banks have been accepting live hogs or intangible assets such as patents as collateral.