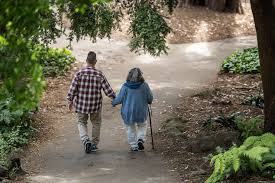 Returns on China’s national reserve to cover retiree benefits picked up in 2019 as government officials geared up to seek capital to plug potential pension shortfalls as the country’s population ages.

Last year’s rate of return of 15.5% was partly thanks to a recovery in the overall capital markets, Chen Wenhui, a vice chairman of the National Council for Social Security Fund (NCSSF), said at a forum in Beijing on Saturday. That figure was much higher than the average annual return of 8.15% since the reserve was set up in 2000, and far stronger than a 2.3% loss in 2018 and a gain of 9.7% in 2017.

In China, local governments withhold a portion of workers’ earnings and employer contributions to pay out pension benefits for existing retirees.

The central government set up the NCSSF to maintain a strategic reserve to supplement pensions and other social security spending as China’s population rapidly grays. NCSSF operators are allowed to make investments in domestic and overseas stocks and bonds and asset-backed securities, as well as earn interest on bank deposits.