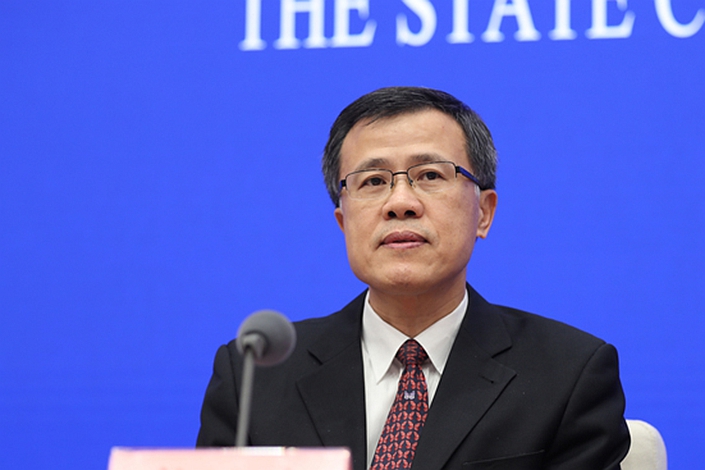 China’s banking watchdog may give some large lenders even more time to comply with sweeping new regulations for the asset management sector after they complained of difficulties meeting the end-2020 deadline set almost two years ago.

Speculation that the target date would be extended for a second time has increased over the past few months and was further fueled in December after analysts at Zhongtai Securities, a Shandong province-based brokerage that offers asset and wealth management services, sent a message to clients that the deadline for compliance would be extended for three years to the end of 2023.

The China Banking and Insurance Regulatory Commission (CBIRC) has not made any announcement but a senior official at the watchdog gave the strongest hint yet that a change may come during a briefing on Monday when he was asked about an extension.

“Some banks have relatively large stocks of asset management products,” Xiao Yuanqi, the chief risk officer with the China Banking and Insurance Regulatory Commission (CBIRC) said at a press conference on Monday to discuss the watchdog’s priorities for 2020. “Individual institutions with large stocks [of AMP] have faced difficulties rectifying all the problems during the grace period, but we’ve required them to make rectification plans including medium- and long-term plans. In principle, they have to meet the requirements by the end of the period.

A draft of new rules aimed at unifying oversight of the $16 trillion asset management industry was unveiled in November 2017 aimed at reining in off-balance-sheet “shadow banking” activities that were increasingly seen as a risk to financial stability. Wealth management products (WMP), sold exclusively by banks, were a particular target and lenders were told to bring their WMP assets and liabilities back onto their balance sheets and ensure they met new requirements on leverage ratios, risk reserve funds and investment restrictions. To bring banks’ WMP business out of the shadows and make them more transparent, lenders were also allowed to set up special wealth management subsidiaries which could sell their own products. Previously, banks were only allowed to sell WMP through tie-ups with partners, usually other fund managers.

But banks warned that because of the huge amount of work involved in restructuring their WMP and the potential for instability caused by forced sales of assets backing the products, they couldn’t meet the June 2019 deadline set in the draft. A key problem for banks was disposing of non-standard debt assets — off-balance-sheet and illiquid long-term assets including loans to real estate developers and local government financing vehicles, which were stipulated as being off-limits under the new regulatory framework.

In April 2018, when the final asset management regulations were published, the deadline was pushed back to the end of 2020, giving institutions an 18-month transitional period to adjust their operations. However, large banks complained that in reality it was not easy to move those off-balance-sheet assets back onto their balance sheets.

Xiao’s comments about the need for flexibility suggest that the regulator is likely to approach the issue on a case by case basis rather than use a one-size-fits all policy and Caixin has already reported that watchdogs have considered (link in Chinese) imposing different requirements on large banks. Analysts with Huatai Securities have said they expect banks to gain exemptions on some of their off-balance-sheet assets, especially those that lenders have complained are difficult to move back onto their balance sheets in a relatively short period of time.

However, some analysts have warned that without uniform rules for everyone through a one-size-fits-all policy, some banks could gain a competitive advantage from favorable treatment by the regulator. This could create opportunities for arbitrage and unfair competition, with new asset management products from companies that have complied with the regulations suffering from a disadvantage because they are likely to offer lower returns, they said.

Timmy Shen contributed to the report.

This story has been corrected to reflect that the draft of new rules for the asset management industry was unveiled in November 2017, and that it set a June 2019 deadline.