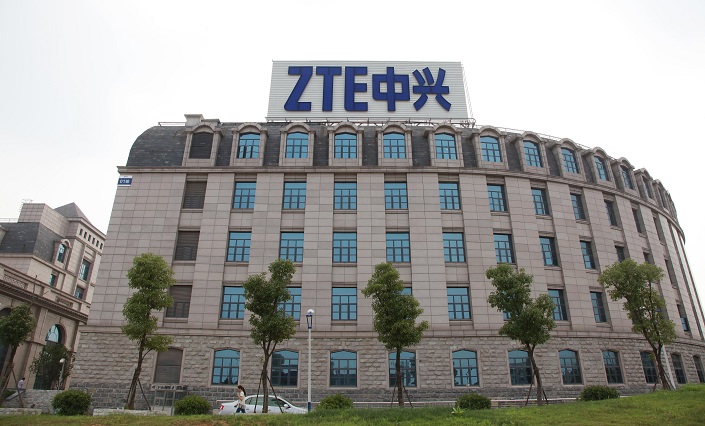 The company is still recovering from U.S. sanctions leveled against it in April 2018 for its previous sales of American-made products to Iran in violation of U.S. sanctions at that time.

Telecom equipment maker ZTE Corp. on Thursday announced a plan to raise 11.5 billion yuan ($1.67 billion) through the sale of new shares, as it replenishes its capital following crippling U.S. sanctions that nearly killed the company two years ago.

The company said it will raise the sum by selling 381 million of its Shenzhen-listed A-shares to 10 investors for 30.21 yuan apiece, according to concurrent announcements in Hong Kong and Shenzhen (link in Chinese), where its shares are traded. All new shares will be issued under its Shenzhen listing.

It did not name specific investors, but said they were picked through a bidding process and that price-setting guidelines were set based on the company’s average share price over the last 20 days. The 30.21 yuan price represented an 18% discount to the company’s closing share price on Wednesday.

Following the share sale, ZTCHoldings Co. Ltd. will remain the company’s controlling shareholder, but its stake in ZTE will drop to 24.93% from a previous 27.19%. The new shares will represent about 8.3% of ZTE’s total after they are issued. ZTE said the funds raised would go partly to development of its product line supporting the global rollout of 5G telecom services, and partly to replenishing its capital.

The company is still recovering from U.S. sanctions leveled against it in April 2018 for its previous sales of American-made products to Iran in violation of U.S. sanctions at that time. Those sanctions briefly threatened ZTE’s survival by banning it from doing business with its U.S. suppliers. But the two sides ultimately reached a settlement that lifted the sanctions after ZTE agreed to pay a $1 billion fine and put down another $400 million as guarantee against potential future violations.

The company reported a large loss in the third quarter of 2018 after paying the fine, and its loss for the year totaled nearly 7 billion yuan. That severely crimped its working capital, forcing it to sell off assets and seek help from new financial backers.

ZTE first began planning the newly announced capital enlargement back in early 2018. Its plan was approved by China’s securities regulator in early April that year, but that was derailed just a week later when the U.S. sanctions were announced. The original plan had envisioned raising up to 13 billion yuan, or about 13% higher than the latest amount.