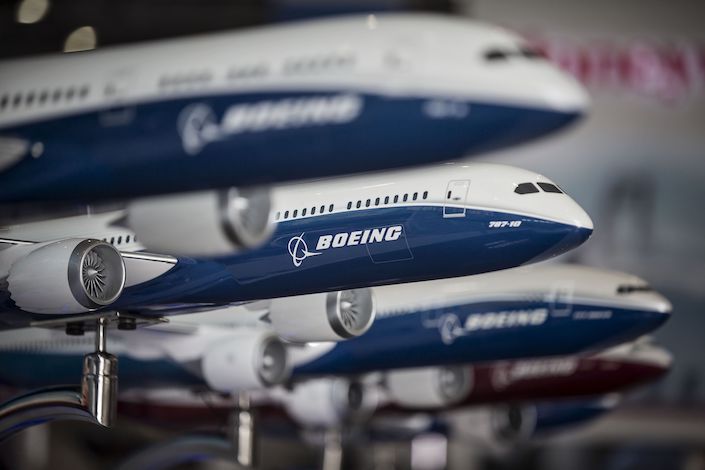 (Bloomberg) — The long-awaited trade agreement between the U.S. and China may pave the way for Boeing Co. to resume sales to the world’s second-largest aviation market, but the American giant has much catching up to do against European archrival Airbus SA.

China Aviation Supplies Holding Co., which buys planes on behalf of the nation’s airlines, has been in talks with Airbus since 2019 about purchasing jetliners for the country’s next five-year economic plan beginning in 2021, people familiar with the matter said, asking not to be named discussing a private matter.

The talks started early last year, one of the people said. China’s top economic planner, which needs to clear negotiations of this magnitude, hasn’t even authorized the state procurement firm to begin talks with Boeing yet as trade tensions held back discussions, the person said.

This means the Chicago-based aircraft maker is at least months behind Airbus in securing orders from China, which Boeing estimates will need more than 8,000 planes in the next two decades. Boeing is still reeling from the grounding of its best-selling 737 Max planes, which resulted in the company delivering fewer than half as many planes last year as Airbus, the biggest defeat in the industry’s 45-year duopoly.

Chief Executive Officer Dave Calhoun voiced optimism Wednesday that Boeing will continue to have a valued relationship with China. A representative at the company declined to elaborate. The National Development and Reform Commission, China’s main economic planner, and China Aviation Supplies didn’t immediately respond to requests for comment. Airbus declined to comment.

Things may be looking up for Boeing. Aircraft were among the $200 billion in American purchases that China pledged to make as part of the phase one trade accord with the Trump administration, though details weren’t disclosed. It’s unlikely that China would shun Boeing entirely because the country has historically split its orders evenly between the two manufacturers. Airbus doesn’t have the capacity to meet all of China’s needs, and dropping Boeing would require thousands of pilots to be retrained.

Trade tensions have hindered Boeing’s ability to capitalize on surging demand from a country that’s expected to become the world’s largest aviation market. China will need to spend $2.9 trillion on new aircraft and ground services over the next two decades, Boeing predicted in September.

The talks with Airbus are separate from an already-announced commitment by China to buy $35 billion of the Toulouse-based company’s planes, according to the people.

In China, which led the grounding of the 737 Max, airplane purchases need to be cleared by regulators before they are handed off to China Aviation Supplies. Sales are then often recorded as coming from unidentified customers by Boeing and Airbus, and may be unveiled at various stages of the approvals process.